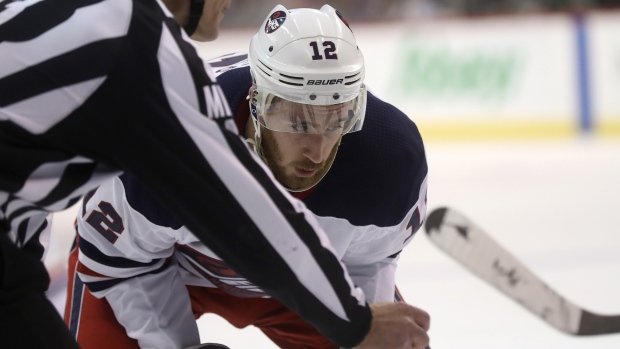 When the Philadelphia Flyers acquired Kevin Hayes' negotiating rights from the Winnipeg Jets earlier in the month, it was clear general manager Chuck Fletcher wanted to get a jump on signing the 27-year-old winger.

Sounds like pending UFA Kevin Hayes visited the #Flyers today. GM Chuck Fletcher said yesterday they were efforting to bring him in for a visit.

He scored 19 goals and 35 assists over 71 games with the Rangers and Jets in 2018-19, adding two goals and one assist over six playoff games with Winnipeg.

Hayes was originally selected by the Chicago Blackhawks in the first round, 24th overall, of the 2010 NHL Entry Draft and has recorded 92 goals and 136 assists over 381 career games in the NHL with the Rangers and Jets.

Hayes was on a one-year, $5.175 million contract this season and will become an unrestricted free agent on July 1. He currently ranks at No. 17 on TSN's Free Agent Frenzy list.

The American spent four years with Boston College prior to his career in the NHL.