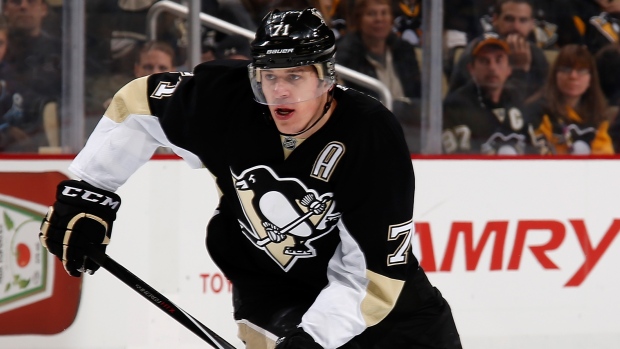 Pittsburgh Penguins centre Evgeni Malkin is dealing with a lower-body injury that will keep the Russian star out of Sunday's All-Star game.

Coach Mike Sullivan announced the injury on Wednesday, a day after Malkin played 18:27 in a 3-0 home loss to St. Louis. Malkin appeared to be in some discomfort after taking a hit from St. Louis' Joel Edmundson but did not miss a shift.

Malkin has 22 goals this season for the defending Stanley Cup champions and his 54 points are tied with Sidney Crosby for the team lead.

Sullivan said Malkin will be evaluated after the break. Pittsburgh plays at Boston on Thursday and comes back from the break next Tuesday against Nashville.

Pittsburgh forward Patric Hornqvist is day to day with a lower-body injury.