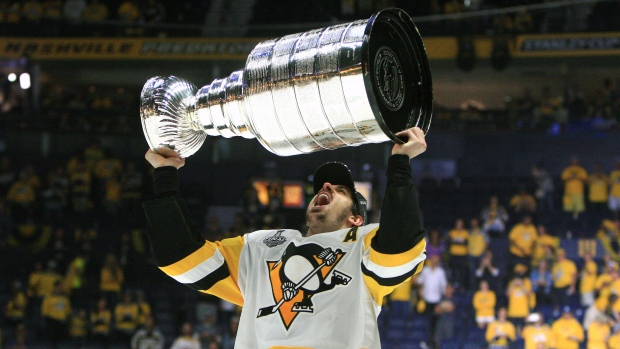 On a Sunday where the Pittsburgh Steelers’ sideline was empty for the Star Spangled Banner in protest of U.S. President Donald Trump, the Pittsburgh Penguins announced the team has accepted Trump’s invite to return to the White House again this year.

“The Pittsburgh Penguins respect the institution of the Office of the President, and the long tradition of championship teams visiting the White House," the team said in a statement. “We attended White House ceremonies after previous championships – touring the historic building and visiting briefly with Presidents George H.W. Bush and Barack Obama – and have accepted an invitation to attend again this year.

“Any agreement or disagreement with a president’s politics, policies or agenda can be expressed in other ways. However, we very much respect the rights of other individuals and groups to express themselves as they see fit.”

Trump later confirmed the meeting himself in a tweet.

Please to inform that the Champion Pittsburgh Penguins of the NHL will be joining me at the White House for Ceremony. Great team!

The Stanley Cup champions’ statement was met with criticism on social media for being “tone deaf” and “apathetic” to the hot-button issue, which has significant racial and cultural undertones. There was also support tweeted for the Penguins, with some fans saying they would now begin cheering for the team.

Penguins co-owner Ron Burkle is a prominent Democratic activist and fundraiser who has worked closely with Bill and Hillary Clinton.

Trump reignited the issue on Friday at a rally in Alabama when he suggested NFL players should be “fired or suspended” for kneeling or protesting during the Star Spangled Banner.

Trump then rescinded an invitation to the White House for the NBA champion Golden State Warriors. The NCAA men’s basketball champion North Carolina Tar Heels announced Saturday that a scheduling conflict will keep them from attending.

“If a player wants the privilege of making millions of dollars in the NFL, or other leagues, he or she should not be allowed to disrespect our Great American Flag (or Country) and should stand for the National Anthem,” Trump wrote in a tweet Saturday. “If not, YOU’RE FIRED! Find something else to do!”

Steelers coach Mike Tomlin said earlier Sunday his team would not be participating in the national anthem at Soldier Field prior to their matchup with the Chicago Bears.

The lone member of the Steelers to stand at attention on the field with his hand over his heart was left tackle Alejandro Villanueva, a former U.S. Army Ranger who served three tours of duty in Afghanistan.

NFL rules require teams to participate in the national anthem or face penalties including a fine, suspension or loss of a draft pick. It seems unlikely commissioner Roger Goodell will enforce those rules after Goodell harshly condemned Trump’s remarks, saying Saturday the president’s “divisive comments” showed an “unfortunate lack of respect” for the NFL’s players and “a failure to understand the overwhelming force for good our clubs and players represent in our communities.”

The NHL has not commented on national anthem protests or Trump. Columbus Blue Jackets coach John Tortorella, then as coach of Team USA at the World Cup of Hockey, said last September any of his players would “sit there the rest of the game” if they decided to sit during the national anthem.