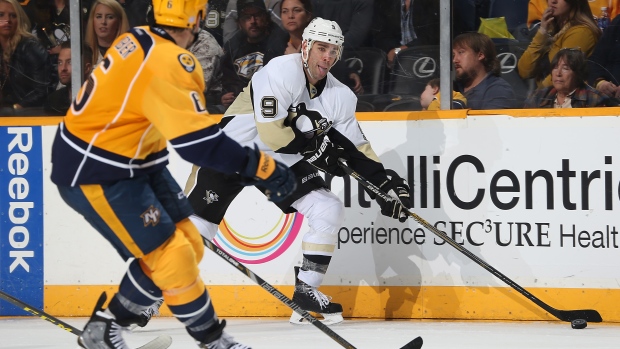 Dupuis sat out games in Edmonton and Calgary after experiencing an undisclosed issue. The 36-year-old missed most of last season with blood clots in his lungs. Dupuis declined to get specific about what the problem was, saying he simply decided to play it safe as a precaution.

Dupuis underwent a series of tests on Monday and will be monitored on Tuesday but barring a setback he is expected to play on Wednesday when the Penguins host Montreal. The 14-year veteran missed the start of the season with a lower body injury and has one goal in six games for Pittsburgh.