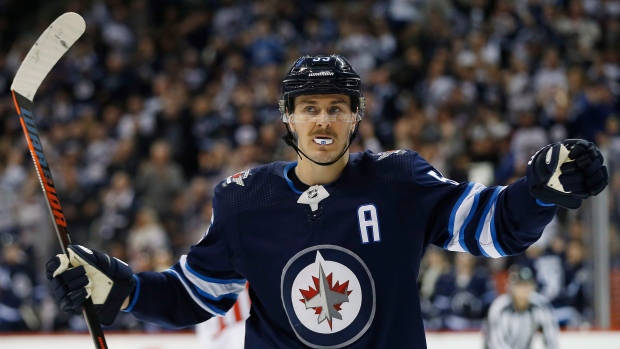 Scheifele has done this before. As a 10-handicap player in 2018, the former first-round draft pick of the Jets shot rounds of 86 and 87, also on a sponsor’s exemption. As he prepares for his second appearance in the tournament, Scheifele told NHL.com that he’s “definitely improved a lot” since then.

Even so, there’s a level of anxiety.

“I’m definitely still going to be nervous. I’m probably still going to black out on the first tee and spray one right,” Scheifele said to NHL.com. “It'll be one of those really fun experiences I get to do again.”

His PGA TOUR Canada debut, he acknowledged, served as motivation.

“Ever since playing in this tournament and seeing how good these guys are, I’ve had a new love and appreciation for the game,” said Scheifele, who raved at a press conference about what good shape Southwood Golf and Country Club is in. He also praised the club in getting ready to host the tournament. Compounding issues was the 1.5 inches of rain that fell Monday night-Tuesday morning. By mid-morning Tuesday, though, the course had drained and there was no evidence of the severe thunderstorm that rolled through the area.

After taking a scheduled break last week, PGA TOUR Canada is back for its final stretch of the season. Just three regular season events remain before the Fortinet Cup Championship from September 15-18, in Kitchener, Ontario.

Through six tournaments (bad weather forced the cancellation of the Elk Ridge Open), there are no two-time winners. As such, the Fortinet Cup standings are tight and loaded with storylines.

For starters, points leader Danny Walker failed to make the cut two weeks ago in Quebec. How will the Osprey Valley Open champion respond as those chasing him narrowed the gap? Walker will play the first two rounds of the CentrePoint Canada Rail Point Manitoba Open with a pair of Frenchmen—Guillaume Fanonnel and Alex Fuchs. Another question involves the wire-to-wire winners of the past two tournaments. Quebec Open champ Ryan Gerard has the hottest hand, leading after each round on his way to victory. That was something Noah Goodwin did the week before, in Tottenham, Ontario. Goodwin withdrew from the Quebec Open because of injury after one round and is in this week’s field, ready for action.

Because of the 500 points awarded for first-place finishes, the top-six golfers in the standings have all prevailed at an event and are within 200 points of Walker’s 720 total points. Wil Bateman (ATB Classic), Brian Carlson (Prince Edward Island Open) and Scott Stevens (Royal Beach Victoria Open) rank second, third and fifth, respectively. Gerard is fourth and Goodwin is sixth. Of the top-50 players on the Fortinet Cup standings, only Joey Vrzich (No. 34) is absent this week.

The Fortinet Cup points winner receives (Canadian) $25,000. In addition, 2023 Korn Ferry Tour membership is also up for grabs to the top-five points-list finishers. The overall points champion wins the Fortinet Cup as the Tour’s Player of the Year and will be exempt into the PGA TOUR’s 2023 RBC Canadian Open.