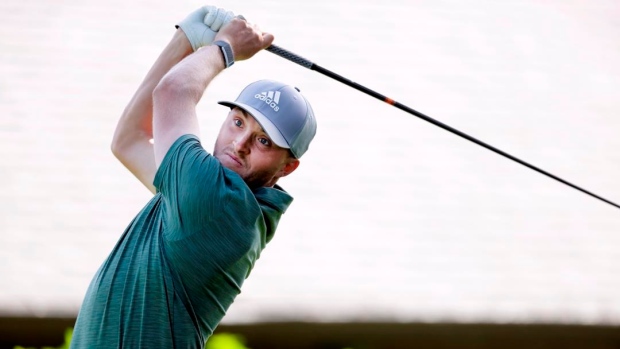 It's not quite a sigh of relief, but Blair Bursey is very pleased to have the PGA Tour Canada back.

Bursey, from Gander, N.L., is one of 37 Canadians in the field at this week's Royal Beach Victoria Open, the first PGA Tour Canada event since 2019. Then known as the Mackenzie Tour, the third-tier men's professional golf circuit had two take two seasons off due to travel restrictions stemming from the COVID-19 pandemic.

"I think people are overall pretty grateful to have things maybe settling back to the way they were before," said Bursey, who won the Victoria Open last year at Uplands Golf Club in B.C.'s capital. "Obviously, everybody's gone through the last couple of years differently and coped with it differently and had different experiences.

"But I think that overall, it's nice to see something that was in place before kind of get back closer to where it was."

The Mackenzie Tour had to cancel its 2020 season because of the pandemic but still held the Canada Life Series in August and September of that year to give Canadian-based golfers some playing opportunities. As travel restrictions continued into 2021, the Forme Tour — based in the United States — was created for non-Canadian PGA Tour Canada members to compete in.

Renamed the PGA Tour Canada, the circuit introduced a new sponsor and points format on April 14 ahead of the 2022 season.

The Fortinet Cup will mirror the competitive structure of the points-based competitions on the PGA Tour, PGA Tour Champions and PGA Tour Latinoamerica. Fortinet has sponsored a new $100,000 player bonus pool, with $25,000 to the winner of season-long points competition.

"The people that run PGA Tour Canada did a an amazing job of getting events in place over the course of the last two years," said Bursey. "To have it be elevated back to the stature it was previously I think is really cool.

"I think people are grateful to get back going and all the guys are pretty focused on playing well and trying to get advancement onto the next higher level."

Bursey, who turned professional in 2018, said he learned a lot after winning last year's Victoria Open, and hopes to capitalize on that experience.

"You don't need to be perfect to have a good chance to win," said Bursey, who won with a 10-under par 270 last year. "So obviously good memories here and it was nice to play well here last year.

KORN FERRY TOUR — Toronto's Albin Choi and Vancouver's Stuart Macdonald are the only Canadians in the field at the REX Hospital Open this week at The CC at Wakefield Plantation in Raleigh, N.C. Choi is 93rd in the second-tier tour's standings and Macdonald is 111th.

CHAMPIONS TOUR — Calgary's Stephen Ames finished second on Sunday at the Senior PGA Championship, moving him up to fourth in the Charles Schwab Cup money list. He's back in action on Friday at the Principal Charity Classic at Wakonda Club in Des Moines, Iowa. David Morland IV of North Bay, Ont., is also in the field.

LATINOAMERICA TOUR — Myles Creighton of Digby, N.S., tied for third at last week's Jalisco Open, sending him up to 28th in the TotalPlay Cup rankings. He'll be back in the field at this week's Volvo Golf Championship at Club El Rincon de Cajica. Noah Steele (68) of Kingston, Ont., Henry Lee (104) of Coquitlam, B.C., and Ziggy Nathu (T139) of Richmond, B.C., are also playing at the event in Bogota, Colombia.

LPGA TOUR — Brooke Henderson of Smiths Falls, Ont., will make her return at this week's U.S. Women's Open, the second major of 2022. The No. 11 women's player in the world missed the cut at the L.A. Open on April 21 and the Palos Verdes Championship on April 28 before taking a break from play. She'll be joined by Maude-Aimee Leblanc of Sherbrooke, Que., and amateur Lauren Kim of Surrey, B.C., at Pine Needles Lodge and Golf Club in Southern Pines, N.C.

This report by The Canadian Press was first published June 1, 2022.