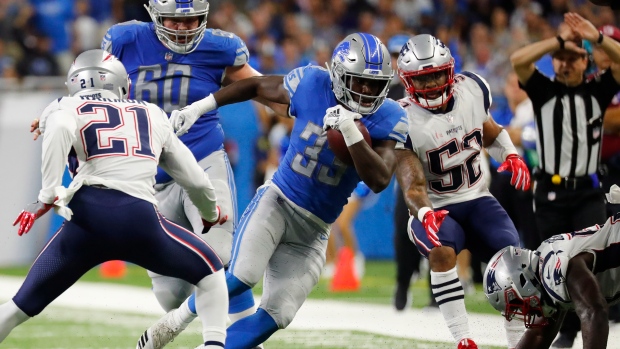 Kerryon Johnson is headed to the Philadelphia Eagles.

The 23-year-old running back has been claimed off of waivers from the Detroit Lions, the team announced on Friday.

A second-round pick out of Auburn in 2018, Johnson had spent the past three seasons with the Lions, but has dealt with significant injuries early in his career and saw his touches limited in 2020 with the emergence of D'Andre Swift and addition of veteran Adrian Peterson.

In 16 games last season, Johnson ran for 181 yards on 52 carries and two touchdowns. He added 187 yards receiving on 11 catches and another touchdown.

Johnson joins a backfield in Philadelphia that features Miles Sanders, Boston Scott, Jordan Howard and Jason Huntley among others.