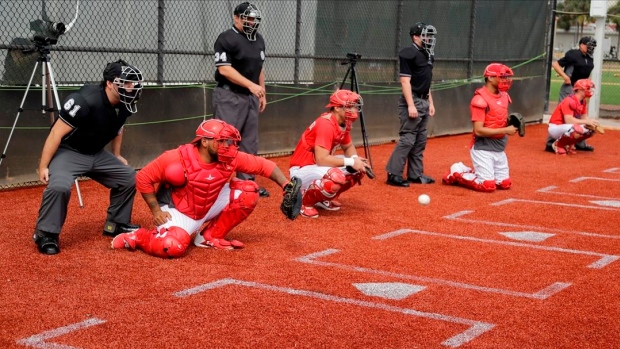 PHOENIX — The Philadelphia Phillies won their arbitration case against All-Star catcher J.T. Realmuto on Thursday, putting teams ahead of players 7-4 this year and ensuring clubs will finish with a winning record.

Arbitrators Gary Kendellen, Jeanne Charles and Richard Bloch made the decision a day after hearing arguments.

He lost at a hearing two years ago, when he was given Miami's $2.9 million offer instead of his $3.5 million request.

A decision is pending for Arizona pitcher Archie Bradley, whose case was argued Tuesday.