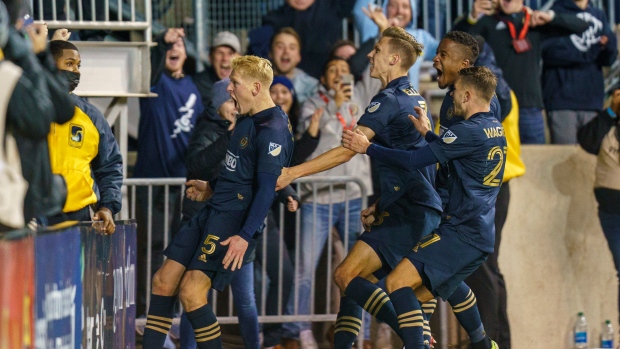 CHESTER, Pa. (AP) — Jakob Glesnes scored from distance in the 123rd minute and the Philadelphia Union beat the New York Red Bulls 1-0 on Saturday in the opening match of the MLS playoffs.

The goal helped Philadelphia beat the Red Bulls in the opening round for the second time in three years -- both in extra time.

Philadelphia (15-8-12), the No. 2 seed, was without midfielder Jamiro Monteiro and right back Olivier Mbaizo after being placed into the league’s health and safety protocols.

New York (13-13-9), who earned the East’s final playoff spot after closing the season with a 7-1-4 run, was making its 12th consecutive playoff appearance.