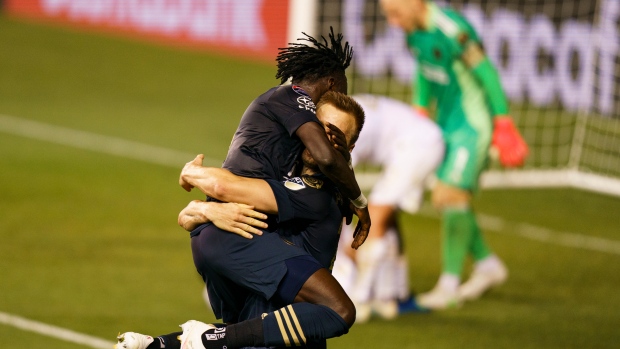 CHESTER, Pa. — Santiago Sosa scored for Atlanta in Tuesday's second leg, but the Philadelphia Union prevailed 4-1 on aggregate to advance to the semifinals of the CONCACAF Champions League.

Philadelphia had a 3-0 advantage following the first leg of the quarterfinal last Tuesday in Atlanta. Forward Kacper Przybylko scored twice.

Sosa scored in first-half stoppage time at Subaru Park, but United was not able to catch up to the Union's commanding lead.

Przybylko scored in the 88th minute to cement the victory. He has scored in each of the Union's four CCL matches.

Atlanta was without midfielders Ezequiel Barco and Jurgen Damm because of injury.

Philadelphia was making its first appearance in the Champions League tournament between club teams in CONCACAF, the confederation of North America, Central America and the Caribbean regions.

The Union will play the winner of the quarterfinal between the Portland Timbers and Club America, set to conclude Wednesday in Mexico City. The semifinals start in August.