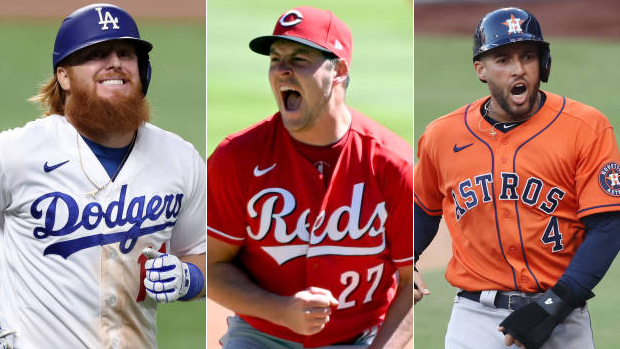 The COVID-19 pandemic has caused a crisis that Major League Baseball has never faced before, including the $3 billion in combined operating losses that team owners suffered as a group in 2020. There is no denying that the shortened 60-game season without fans in the stands has left many owners cash-strapped. Most teams enter this off-season with great financial uncertainty.

Will there be a vaccine for the coronavirus? How quickly will it be rolled out? Will there be a full 162-game season in 2021? Will fans be allowed to attend games, or will there be limited seating with a social distancing protocol or, even worse, no fans at all?

MLB owners are going to be reluctant to give their general managers budgets for next season because it is impossible to accurately forecast what revenues will be without answers to the above questions. Even more concerning for players is that owners will likely look to make up for some of the losses from 2020 in 2021. This all adds up to a very tough winter for players as teams are not going to be throwing around money.

But where there is a crisis, there is also an opportunity.

Enter the Toronto Blue Jays, one of a handful of teams that should look at this hot stove season as a chance to make up ground on their competition.

While everyone else is looking to reduce expenditures in 2021, the Jays should spend. This will differentiate them in the marketplace and give them access to players who might not consider coming to Toronto. It will allow them to compete for players financially without having to overpay. They might spend more than others in the depleted market but less than they would if there was no COVID-19 in the equation.

I anticipate that six of the other seven American League playoff teams in 2020 will be worse in 2021:

-  The Tampa Bay Rays didn’t pick up the $15 million option of starter Charlie Morton. There is chatter that they might consider trading ace lefty Blake Snell. They will take a step backwards next year.

- The New York Yankees have three starting pitchers and second baseman DJ LeMahieu, their most important player, who are free agents. Free agent starter Trevor Bauer is the best pitcher available this year but he and Yankee ace Gerrit Cole don’t get along, so he is not an option for the Yankees. They may take a giant step backwards if someone steals LeMahieu off their roster.

- The Oakland A’s have 10 free agents this year and can’t afford to bring them back.

- The Houston Astros don’t have Justin Verlander and they will lose centre fielder George Springer and left fielder Michael Brantley in free agency. They also lost closer Roberto Osuna to injury and then waived him.

- Cleveland will likely have to trade Francisco Lindor this off-season. They couldn’t afford closer Brad Hand at $10 million, so they put him on waivers. So, Cleveland won’t be big players in free agency.

- The Minnesota Twins need better pitching but in order to add that they will have to sacrifice offence. They can’t add to their payroll, so they will have to reconfigure their roster. The Twins essentially have to rob Peter to pay Paul. Their offensive and inspirational leader, designated hitter Nelson Cruz, is a free agent. Every dollar they pay to keep him will be money they can’t invest in pitching.

- The Chicago White Sox just hired Tony LaRussa as manager because they are a win-now team and he is a win-now manager. They aren’t going to take a step backwards this year. They see their window open. They will look to add a starting pitcher, a closer and a right fielder. They are going to be aggressive and look for big additions. The Jays need to do the same. Go for it!

Here are some of the players the Jays should consider pursuing in the off-season:

- Trevor Bauer (Cincinnati Reds) is the best pitcher available. He would slide into the Jays rotation in front of Hyun-Jin Ryu. Bauer is very good, but very complicated. He will likely be the NL Cy Young Award winner for 2020. He has a big arm and is a big competitor. He has made statements in the past that he will only sign one-year deals as a free agent and not a mega long-term deal. He also wants to pitch every fourth day instead of every fifth day. He fashions himself as an old-school throw-back workhorse, although he has only thrown 200 innings once in his career. He doesn’t seem to understand that although the four-day schedule might work for him, the other four pitchers in the rotation will have their routines thrown off to accommodate his. Finally, he is very opinionated and isn’t afraid to share it on social media. He has been critical of other teams and players and the commissioner. If you sign him, you better know what you are getting into ahead of time. He will cost either one year at $35 million of six years at $150 million.

- George Springer (Houston Astros) is the best free agent outfielder available. He’s a centre fielder but can also play right field. He can hit for average and power. He can leadoff or hit down in the lineup. He is a solid defender and a winner. He is a big-game clutch performer who could add a level of toughness and experience to the young Jays lineup. He will cost the team five years and $120 million.

- Justin Turner is the best third baseman available. He’s older and will play next season at age 36. Turner is still a quality defensive player and as professional a hitter as you will find. He works the count and shows patience at the plate. When he gets his pitch, he can drive the ball and is great in the clutch. He shouldn’t have celebrated with his teammates on the field after Game 6 – even taking off his mask for a team picture following a positive COVID-19 test earlier in the evening – after the Dodgers won the World Series. But if he wants to play for your team, you will forgive him. He will cost the Jays about two years and $20 million.

- DJ LeMahieu is the best all-around player available in free agency. He has won two batting titles and three Gold Gloves. He is a consistent performer and leader. He can play second, first and third base. Signing him would be a double win for the Jays as they would get better and the Yankees would become much worse. He will be looking for four years and about $72 million.

This year’s free agent market for relievers is loaded with closers. The Jays need to add one. It is as deep a relievers market as I can recall. But the fact that there are a lot of closers in the market means that there are also a lot of teams looking.

Here are the best players of the group:

-Liam Hendricks (Oakland A’s, former Blue Jay). It will take three years at $33 million to land him.
-Brad Hand (Cleveland). The Jays can get him for two years and $18 million.
-Kirby Yates (San Diego Padres). Coming off an injury, he is a value at one year and $7 million.
-Trevor Rosenthal (San Diego Padres). He throws as hard as any reliever and could be had for two years and $12 million.
-Blake Treinen (Los Angeles Dodgers). He was clutch in the playoffs for the World Series champions. Two years at $14 million.

-This week, Vladimir Guerrero Jr. gave the Blue Jays some good news and some bad news. First the good news. The young slugger acknowledged that he hasn’t been as committed to his conditioning and preparation as some of the other young stars in the game, but said he is going to do something about it. He has already lost 32 pounds from when he showed up to Summer Camp extremely out of shape. It was his conditioning that prompted the Jays to move Guerrero across the infield from third base to first base.

Now the bad news. Guerrero said he wants to move back to third base, which will put the Jays in a predicament. The organization believed that he would at some point play himself off of third base and have to move to first. He gave them a reason to expedite that move last summer. His desire to go back to third can throw a wrench in the plan for the future.

The front office is faced with a quandary: accommodate his preference and possibly not have as strong a team because of his less than adequate defence or tell him it is too late, and he is now a first baseman. The risk is that it could demotivate him from his new commitment and discourage him from the progress he has made. I suspect they tell him he will continue to work at both positions and convince him that versatility is great. They will likely delay the ultimate decision until it becomes more obvious to Vlad Jr. that both he and the team are better with him at first base.

- I expect Alex Cora to be rehired by the Boston Red Sox. He is one of five finalists for the job and none of the others have major league managerial experience or have won a World Series or are loved by the team owners. He is a shoe-in.

- The New York Mets will be the most aggressive team in free agency. They are the only team whose owners didn’t lose money in 2020. Billionaire Steve Cohen was just approved as the new Mets owner and is starting with a clean slate. He is going to make a big splash to make a big first impression. He is a huge Mets fan and is worth $14 billion. The Mets will be tied to Bauer, Springer, Lindor, Nolan Arenado, J.T. Realmuto and every reliever.

- Next week, the Baseball Writers’ Association of America will reveal its award winners for 2020. Here are my predictions: