It’s been six months since the Chicago Sky defeated the Phoenix Mercury in four games to win their first WNBA championship in franchise history.

Now, Candace Parker and company enter the 2022 season as one of the favourites to repeat.

However, the Sky faces an upward climb on the path to repeating as no WNBA team has won back-to-back championships since Lisa Leslie and her Los Angeles Sparks did it in 2001 and ‘02.

With the season set to tip off on Friday, we’re going to take a hard look at the odds on FanDuel, see which favourites will contend, and see if there is any value lower on the board with some longshots.

This piece will be a fun one for me, as I’ve enlisted the services of my good friend from the TSN.ca staff, Brianne Spiker.

Spiker has played a massive role in TSN’s coverage of the WNBA for several years, and I couldn’t be more pumped to get her insight on what should be an incredible season after a ton of movement in the off-season.

With 12 teams in the league, the fine folks at FanDuel have made this preview relatively easy.

Six teams enter the season with 10-1 or shorter odds, while six currently sit at 20-1 or longer to win the championship.

We’re going to break off into two groups, contenders and longshots.

Then, Spiker and I will isolate one team from each group and look for the best value among the 12 teams. 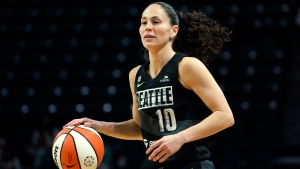 Luke Bellus: Sue Bird is on the hunt for the fifth WNBA Championship of her career as she enters her 19th and final season.

With Bird on her way out of the league, we could see a passing of the torch moment between her and forward Breanna Stewart this year.

Like Bird, Stewart was selected with the first overall pick by Seattle, and her impact was immediate.

After just five years in the league, Stewart has been an all-star three times and has averaged at least 19 points per game in her last four seasons.

The 2018 league MVP has another three-time all-star by her side with Jewell Loyd.

Unlike Stewart, Loyd’s success in the WNBA wasn’t immediate, but now that she’s found it, the production has been off the charts.

Loyd has been named an all-star three of the last four seasons and averaged a career-high 17.9 points per game last year.

This three-headed monster was good enough to lead Seattle to a 21-11 record last season, but ultimately they were bounced by the Phoenix Mercury in the second round of the playoffs.

One player that might help bring this team to another level is the addition of Gabby Williams.

Williams was acquired by the Storm in February and will only help an offence that ranked second last season in points.

Another player that could really unlock the ceiling for this team is Jantel Lavender.

An all-star in 2015, Lavender lands in Seattle after a disappointing 2021 season, where she averaged just 6.4 points per game while her 3.9 rebounds per game was also one of the lower totals of her career.

Lavender has averaged at least 10 points per game three times in her eight seasons in the WNBA, if she can find a way to make this year a fourth, watch out. 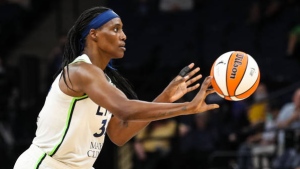 Brianne Spiker: The Minnesota Lynx currently have the sixth-best odds at +1000 to win the WNBA championship heading into the 2022 season but here’s my case why the Lynx could walk away with the trophy.

The team will not lack motivation this year after being ousted in the second round last season by the eventual champion Chicago Sky. The fact that it will be future Hall of Famer Sylvia Fowles’ final season and free agent addition five-time All-Star Angel McCoughtry is still chasing her first ring will add fuel to the fire.

Star forward Napheesa Collier (pregnancy) is not starting the season with the team but has not ruled out a return later in the year.

While the Lynx surprisingly made a number of roster cuts this week, including point guard Layshia Clarendon and 2020 rookie of the year winner Crystal Dangerfield, Odyssey Sims, an All-Star with the Lynx in 2019, returns to the team with more roster shuffling to be expected.

Add in the fact they are coached by three-time coach of the year winner in Cheryl Reeve, who has four WNBA titles on her resume, the Lynx have the talent and coaching to go far. 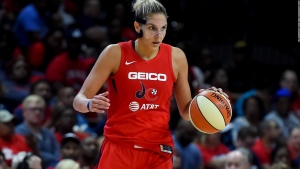 Spiker: The Washington Mystics are in the longshot category when it comes to championship odds (+2000) and health will be the difference between a long playoff run or standing on the outside looking in.

Superstar Elena Delle Donne has been dealing with back issues since the 2019 WNBA Finals and has played only three games since. In the preseason, she had 21 points in 18 minutes on 9-for-13 shooting against the Lynx. When healthy, Delle Donne is a dominant game-changer with her blend of skill and size (6-foot-5).

Washington also signed forward Alysha Clark in 2021 with the hopes she would replicate the success she had with the Seattle Storm but missed all of last season with a foot injury. Her returning to health is another big piece for the Mystics.

Rounding out the rest of the core is Natasha Cloud, who was second in the WNBA last season in assists per game (6.4) and Ariel Atkins, who won gold with Team USA at the Olympics while averaging a career-high 16.2 points. Delle Donne, Cloud, Atkins and Clark all have championship rings on their resumes so they aren’t lacking playoff experience.

The Mystics nearly made the playoffs last season despite missing key players at times and if they can stay healthy, they are a team that could still be playing in September.

Bellus: If 2021 was a sign of things to come for the New York Liberty, then they will be cutting down the nets as WNBA Champions sooner than you think.

After an abysmal 2-22 record in 2020, the Liberty bounced back last year going 12-20 finishing third in the east and making the playoffs.

And the play of Betnijah Laney was a massive reason why.

Laney, who was cut one month before the 2020 season began, has become a totally different player since that moment.

She averaged just 3.6 points per game over those four years.

Since being cut, she averaged 17.2 points per game with Atlanta in 2020 and reached even higher levels last season with the Liberty.

The 28-year-old all-star will look to have a third career-best season in 2022 and will do it with one of the game’s youngest and brightest stars by her side. 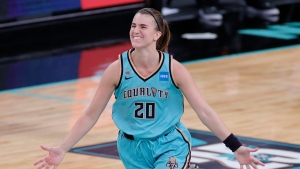 Sabrina Ionescu put the league on notice in just the second game of her career in 2020 when she scored 33-points at the young age of 22.

However, an ankle injury put an end to her rookie season and, despite playing all of last season, was something that affected her in 2021.

Now, with her ankle fully healed, I expect Ionescu to insert herself in the conversations regarding the top player in the league.

New York has the talent at the top of the roster to compete, but their newfound depth could unlock a championship run.

Centre Stefanie Dolson has been added to the mix after five seasons with the Chicago Sky, while it’s possible they re-add Marine Johannes to the team this season, who's been playing overseas since a strong rookie season in 2019.

With a solid core ready to take another leap forward, and a new head coach in the mix, I think there is some value on this Liberty team at +3000.