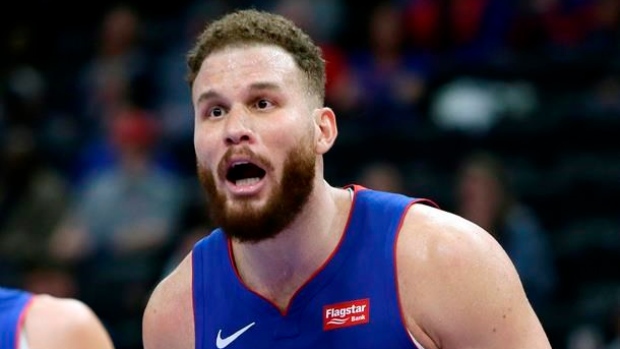 DETROIT — The Detroit Pistons will begin the season without star forward Blake Griffin, whose injury issues have flared up again.

The Pistons said Tuesday that Griffin would not travel for Wednesday night's game at Indiana and would continue a treatment and conditioning regimen for left hamstring and posterior knee soreness. He will be re-evaluated for a return the first week of November.

Griffin was mostly healthy last season until the very end, when he was limited in the playoffs. He had arthroscopic surgery on his left knee in the off-season.

Griffin averaged 35.0 minutes per game last season, his most since 2014-15, and averaged a career-high 24.5 points. Coach Dwane Casey admitted at media day that the Pistons "rode him like a cheap horse" — and suggested that they might manage his minutes a bit more conservatively going forward.