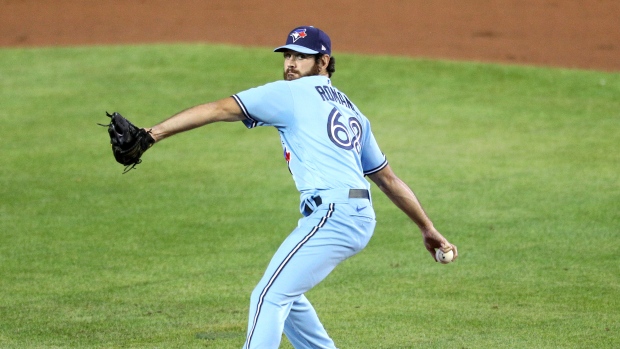 Pitchers Jordan Romano and Tanner Roark were left off the Toronto Blue Jays' 28-man Wild Card Roster released on Tuesday morning ahead of Game 1 against the Tampa Bay Rays, while infielder Rowdy Tellez was included.

Romano, 27, has been out of action since late August with a finger injury and there was hope that he would be healthy enough to be included on the roster. The native of Markham, Ont. had thrown a bullpen session on Sunday.

A free-agent signing in the offseason, Roark struggled mightily in his first season with the Jays.

Tellez, 25, is still likely a longshot to play in the series after incurring a knee injury in early September.

Reese McGuire was also added to the roster as a third catcher ahead of veteran Caleb Joseph.