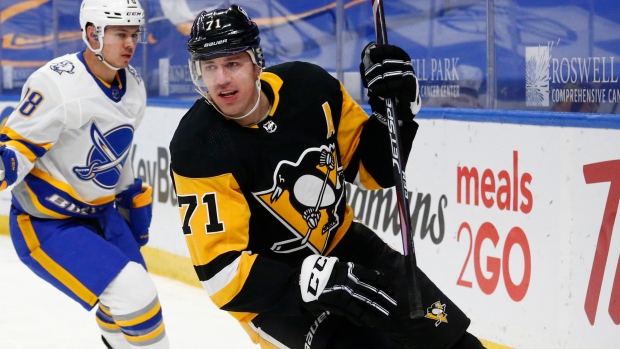 The Pittsburgh Penguins announced Friday that forward Evgeni Malkin had successful surgery on his right knee and his recovery time will make him unavailable for training camp in September.

The veteran forward, who turns 35 at the end of July, was hurt during a collision against Boston on March 16. He missed the final six weeks of the regular season and didn't return to action until Game 3 of Pittsburgh's first round loss to the New York Islanders.