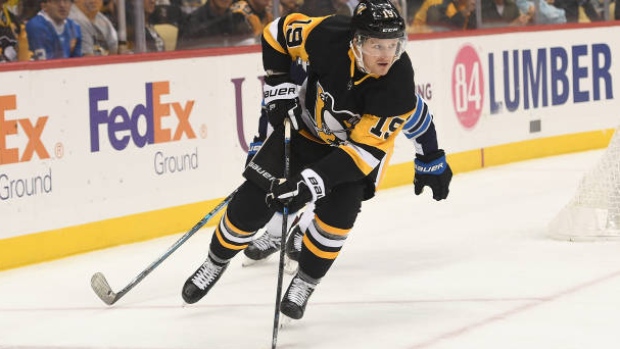 Pittsburgh’s Jared McCann has been fined $10,000, the maximum allowable under the CBA, for Elbowing Philadelphia’s Travis Sanheim.

McCann's left elbow appeared to catch Sanheim up high while he was attempting to clear the puck out of the Flyers' zone in the second period of Friday night's game. Philadelphia went on to win 5-2.

This is the 24-year-old McCann's third season in Pittsburgh after coming over in a trade with the Florida Panthers.