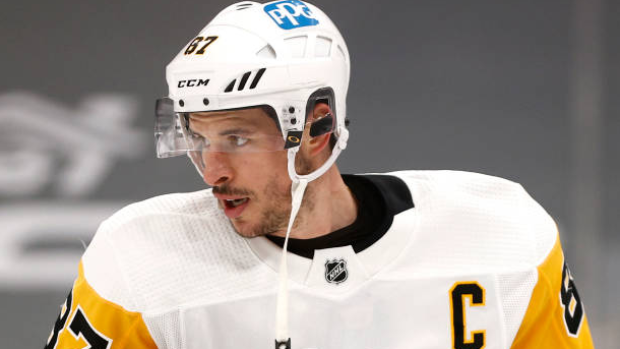 Pittsburgh Penguins captain Sidney Crosby and goaltender Tristan Jarry will play in Game 7 against the New York Rangers on Sunday, the team announced shortly before puck-drop.

Head coach Mike Sullivan had said earlier Sunday that both players would be game-time decisions.

The Penguins also announced assistant coach Mike Vellucci is in COVID-19 protocol and miss Game 7 against the Rangers.

Assistant coach Mike Vellucci is currently in NHL COVID protocol and will be unavailable for tonight’s game against the Rangers.

Crosby, 34, left Game 5 early after a high hit from Rangers defenceman Jacob Trouba and missed Game 6 due to an upper-body injury.

The Surrey, B.C., hasn't played since the Penguins' matchup against the New York Islanders on April 14 due to a fractured foot.

Jarry has ramped up his rehab in recent days, participating in practices and optional skates with the team.

Louis Domingue was forced to step into action for the Penguins this series following a season-ending core injury to Casey DeSmith in the team's triple-overtime, 4-3 win in Game 1.