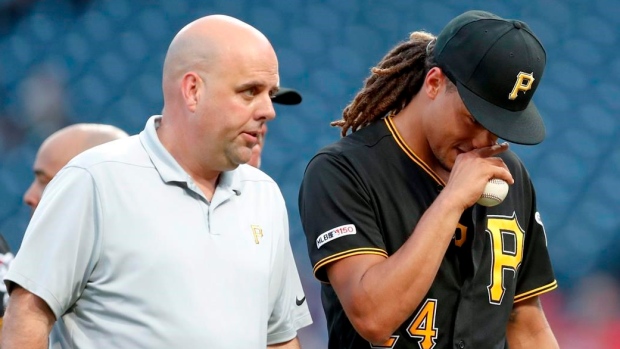 PITTSBURGH — Chris Archer has been placed on the 10-day injured list with right shoulder inflammation, one day after being removed following the first inning of his start against the Washington Nationals.

Pirates director of sports medicine Todd Tomczyk said Archer will not throw for at least a week, then be re-evaluated.

In other moves Wednesday, the Pirates placed right-hander Clay Holmes on the 10-day IL with right quadriceps discomfort while recalling right-handers Dario Agrazal and Parker Markel from Triple-A Indianapolis.

Agrazal is expected to take Archer's spot in the rotation and pitch Sunday against the Cincinnati Reds. The rookie made eight starts for the Pirates earlier this season, going 2-3 with a 4.29 ERA.

Holmes pitched 3 2/3 innings in relief of Archer on Tuesday night in the Pirates' 4-1 win. Claimed off waivers from the Seattle Mariners on July 27, Markel pitched in relief twice for Pittsburgh and allowed two runs - one earned - in three innings.