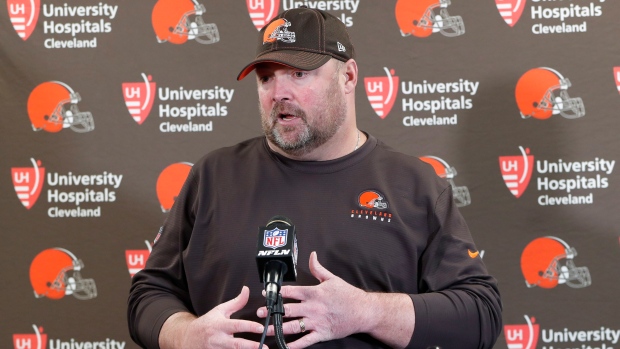 The Cleveland Browns and Pittsburgh Steelers got together Sunday for the first time since their ugly brawl last month and after the Steelers pulled out a 20-13 win, offensive lineman Ramon Foster didn't hold back on Browns head coach Freddie Kitchens.

Kitchens was photographed wearing a "Pittsburgh started it" shirt while out at a movie Friday night, a clear reference to the on-field melee that saw several players suspended, including Cleveland's Myles Garrett for the remainder of the season.

"You just don't see that from upper management. We all got to grow as professionals in some sense. I'm glad [Mike Tomlin] doesn't do anything like that."

"I wore a T-shirt. I wore a jacket with it. My daughters wanted me to wear the shirt. I'd wear it again. I put on a jacket, I covered it up, I took a picture, that was simple as that. A T-shirt didn't cause us to give up 40-yard passes. We were ready to play," Kitchens explained.

As for the rematch itself, both sides kept their relative cools since there was only one 15-yard penalty handed out in the entire game.

Sunday's loss puts the Browns at 5-7, meaning they will likely have to win out and get some help in order to reach the playoffs. This is the team's first season under Kitchens, who was promoted to head coach in the off-season.

Cleveland will host the Cincinnati Bengals in Week 14.