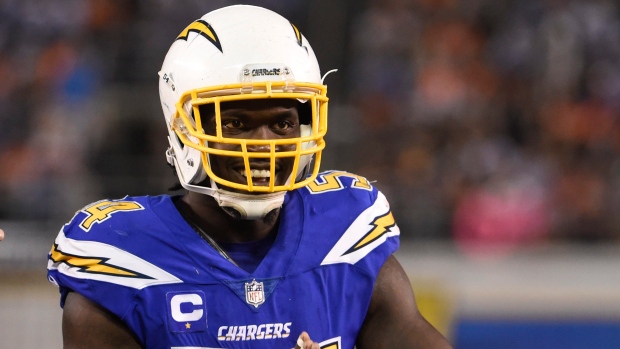 Melvin Ingram is on his way to Pittsburgh.

The defensive end has signed a one-year deal with the Pittsburgh Steelers, according to Ian Rapoport of the NFL Network.

Source: The #Steelers are signing FA pass-rusher Melvin Ingram to a 1-year contract to beef up the edge. The former #Chargers star lands in PIT before camp begins.

Ingram, 32, spent the first nine years of his career with the Los Angeles Chargers.

He played in seven games last season, missing most of the campaign due to a knee injury.

Ingram has recorded 49 sacks over the span of 113 career games.