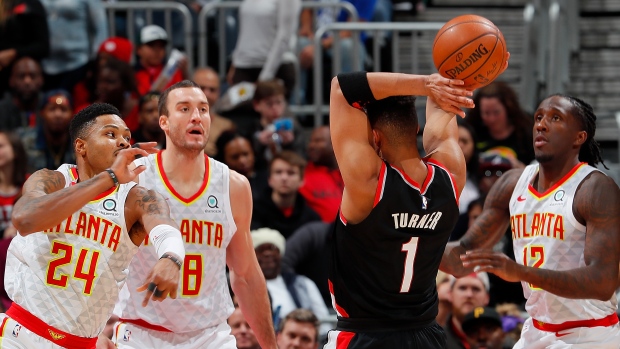 ATLANTA — The Atlanta Hawks have traded Kent Bazemore to the Portland Trail Blazers for Evan Turner is a swap of high-priced players heading into the final year of their contracts.

Bazemore was the last holdover from the Hawks' 60-win team in 2014-15. The 6-foot-5 swingman lost his starting job midway through last season and is set to make nearly $19.3 million in the last season of a four-year, $70 million deal. The drafting of De'Andre Hunter and Cam Reddish figured to cut into Bazemore's playing time even more, leading to Monday's trade.

Turner, the second overall pick in 2010, fills Atlanta's need for a backup point guard behind rookie star Trae Young and is essentially a wash in terms of costs with $18.6 million left on his contract. The Hawks will be Turner's fifth team in 10 seasons.

Bazemore posted a gracious note to Atlanta on social media, saying he had a "lot of roots planted in this city" and thanking the team for "putting me in a situation to thrive."