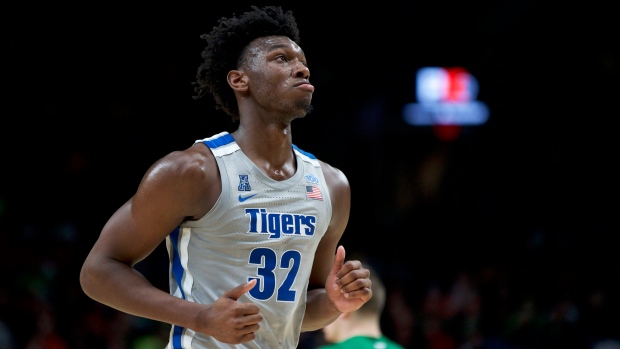 The University of Memphis announces that 2020 potential No. 1 pick James Wiseman has been declared ineligible and will be withheld from competing while he awaits reinstatement. The university announced that he can continue to practice with the team in the meantime.

Here is the full statement released by the university's athletic department:

University of Memphis student-athlete James Wiseman has decided to withdraw his lawsuit against the NCAA and the University. The University supports the decision, as it believes it is in James' and the men's basketball team's best interests to resolve his eligibility issue expeditiously through the NCAA process.

In order to move the matter forward, the University has declared James ineligible for competition and will immediately apply for his reinstatement. Pending that notification, James will be withheld from competition but will continue to practice with the team.

The NCAA is fully aware of the unique nature and challenges in this particular case, and the University is confident that the NCAA will render a fair and equitable decision consistent with its mission.