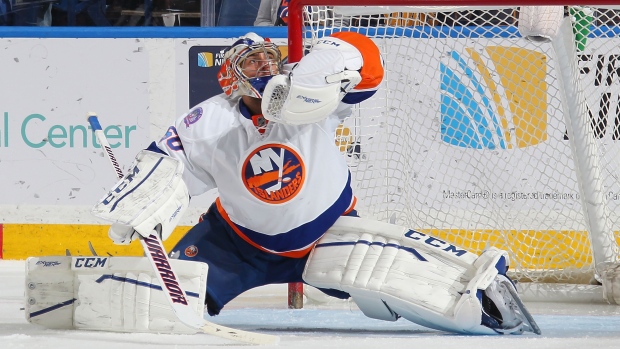 The Islanders announced the deal Tuesday. Financial terms of the deal weren't disclosed.

Poulin had a 2.87 goals-against average with a .912 save percentage in 45 games for Bridgeport last season in the American Hockey League. The Montreal native has played 50 career NHL regular-season games, going 18-25-3 with a 3.07 GAA.

The 25-year-old Poulin has appeared in 156 career AHL games, all with the Sound Tigers, since making his professional debut in 2010-11.