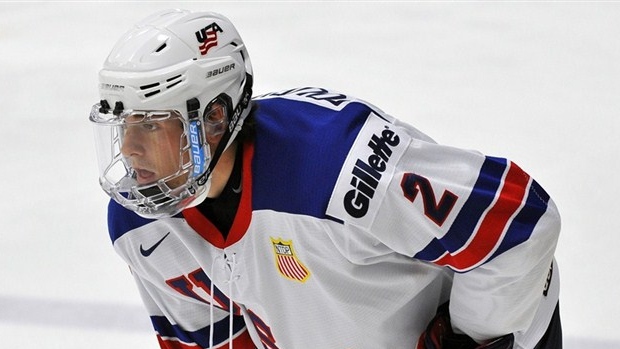 NASHVILLE, Tenn. - The Nashville Predators have signed defenceman Jack Dougherty to a three-year entry-level contract with the second-round pick in the 2014 draft expected to spend this season in the Western Hockey League.

The Predators announced the deal Friday.

Dougherty, 19, spent the last season in college at Wisconsin where the freshman had nine points overall, including four points on the power play. The native of St. Paul, Minnesota, spent the 2013-14 season with the U.S. National Team Development Program where he was second among defencemen with six goals and fourth with 22 points.

Nashville made the 6-foot-1, 186-pound defenceman the 51st pick overall. Dougherty will play with the Portland Winterhawks.