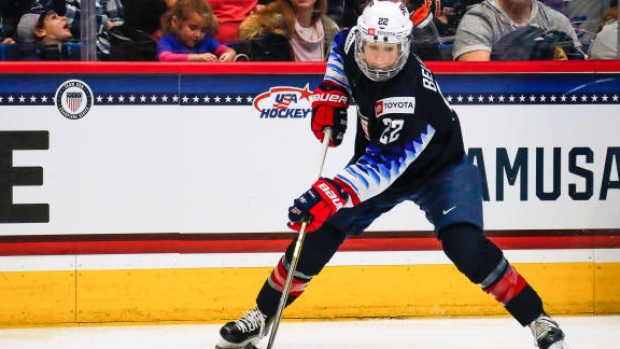 Per the PHF release, Bellamy "will be responsible for harnessing in-depth knowledge of both the PHF and NCAA player pool and tasked with matters related to depth charts, communication plans with prospects, and annual projections. She will assist [PHF commissioner Reagan] Carey and Lisa Haley, PHF Senior Vice President of Hockey Operations, in active communication and relationship building with NCAA and U SPORTS coaches while serving as an additional resource for graduating elite amateur athletes aspiring for careers at the next level."

“Kacey Bellamy is a proven leader, unwavering teammate, a fierce competitor, and her exceptional work ethic, wealth of knowledge, and ‘golden’ experience as an Olympic and World champion will only serve to benefit the PHF,” said Carey. “Over the course of her playing career she brought a steady sense of honor and respect to every Olympic and national team challenge both on and off the ice, and I know she will carry that same integrity, poise, and passion into this new role to help drive the PHF mission of being the best home for professional women’s hockey.”