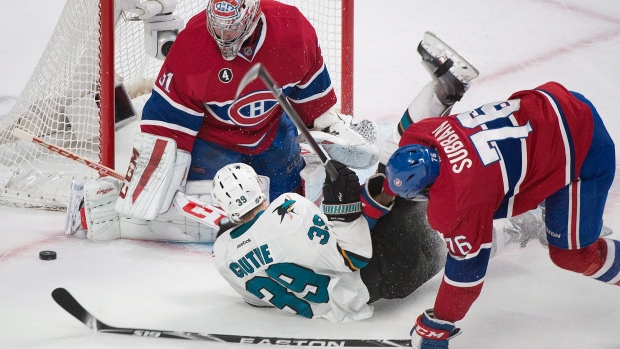 One of the problems I have with the NHL's current award system is how it treats the Hart Trophy, which is handed out to the "player judged most valuable to his team." The problem is tied up in the fact that there are no exclusionary criteria for the award by position, and any skater or goaltender is eligible for voting. It forces voters to make an unbelievably difficult apples-to-oranges comparison – something we don't experience when voting for the Norris Trophy (best defenseman), or Vezina Trophy (best goaltender).

In some seasons, the apples-to-oranges comparison doesn't manifest as an issue, usually because there's a combination of one forward having an explosive season and the lack of a standout defenseman or goaltender. You'll notice that the breakdown of award winners by position since the 1980-1981 season is a bit one-sided.

Only three players in recent history have been able to break through the forward stranglehold on the award. Dominik Hasek did it twice from 1996-1998, Chris Pronger did it as the lone defenseman in 1999-2000, and Jose Theodore did it from 2001-2002.

For the sake of this piece, my interest is drawn to Hasek (2x) and Theodore. Why? As a fan, I've had trouble swallowing the notion that any player other than Carey Price of the Montreal Canadiens could win the award this year, but even I realize that historically, voting consistently favors big point-scoring forwards. Naturally, I'm curious - what kind of impact did Hasek and Theodore have on their teams during the winning years, and what swayed the voters?

Since save percentages and shot data were compiled for all of these seasons, it's not difficult to quantify the impact these goaltenders had on Buffalo and Montreal, respectively. Consider the table below, in which we can observe just how great the performance was:

By raw save percentage, Carey Price's current season compares quite favorably to that of Hasek (2x) and Theodore. The right column is the notable one – basically the difference between the player's save percentage and what we would expect from a league-average goaltender in that year. Price's lead on the competition is eerily similar to the other goalies who have won the Hart.
Still, I think one could reasonably argue that being an exceptional goaltender is only part of the 'most valuable' puzzle. A great goalie on a great team, say, probably has less of a convincing argument than a great goalie that carried an otherwise-middling team.

I think the most intriguing commonality between these goaltenders is the fact that their respective teams were notorious for being out-shot over the course of a season. Since we don't have Corsi data for goaltenders from the Hasek/Theodore era, we'll just focus on shot totals, and we'll have to look at all-game states, too. Still, this is fascinating stuff:

One thing we can do by combining the first two tables is to figure out the impact the goaltending alone has had on the standings. For example, we can ask the question about what Hasek, Theodore, and Price's teams would have looked like in the win/loss column with league average goaltending. Let's make our adjustments, and see how things change. Keep in mind our adjustments will be cognizant of the fact that, at least in recent history, every three goals is worth about a point in the standings.

Dominik Hasek (2x) and Jose Theodore were worth about eighteen points in the NHL standings. Carey Price has already been worth more than thirteen points, and his season isn't over. If you figure that Price will start seven or eight of the team's last nine games, he'll finish the season being worth about fifteen points in the standings. It may not be 'Dominator' levels of awesomeness, but it's as close of a replica as you are going to find.

If you shave off the 13.3-points Price has already 'earned' Montreal from the standings, you'd find that the Canadiens would be in a battle for the final playoff spot, jousting with the likes of Washington, Boston, and Ottawa. That's a far cry from where they currently sit – competing for the first-overall seed in the Eastern Conference, and perhaps the President's Trophy.

Combine Carey Price's massive impact to his team with the fact that no individual forward has been able to separate himself from the pack in the scoring race, and you have a perfect storm scenario - one that should end up with the Montreal goaltender winning both Hart and Vezina.