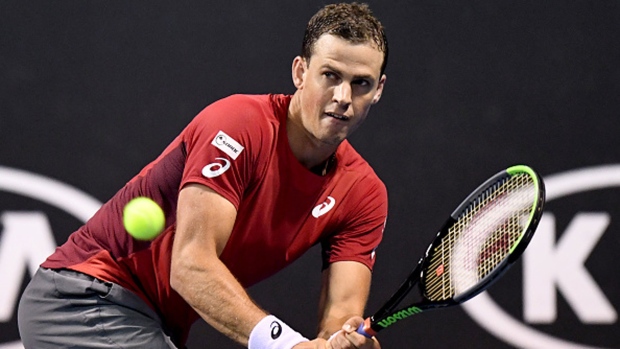 MONTREAL — Tennis Canada announced the cancellation of three more events Friday due to the COVID-19 pandemic.

The Winnipeg National Bank Challenger men's event, a women's Challenger event in Saskatoon and the Odlum Brown VanOpen in Vancouver join the list of cancelled tennis events in Canada this season that includes the Rogers Cup women's tournament in Montreal.

The Winnipeg and Saskatoon events were scheduled to take place July 13-19. The 18th edition of the Odlum Brown VanOpen, a mixed event on the ATP Challenger Tour and the ITF World Tennis Tour, was scheduled from Aug. 16-23.

"We certainly understand the decisions made by these three organizing committees who have to think about the health and safety of the fans, the players, the volunteers and their partners. Seeing their tournaments fast approaching, they had to make a decision, as the organization of an international tournament of this scale requires a lot of work and also incurs a number of important expenses," Gavin Ziv, vice-president of professional events at Tennis Canada, said in a release.

"Knowing their passion for their respective tournaments, we know that these three organizing committees are already thinking about the 2021 edition and will continue to proudly represent the regions of Winnipeg, Saskatoon and Vancouver."

This report by The Canadian Press was first published April 24, 2020.