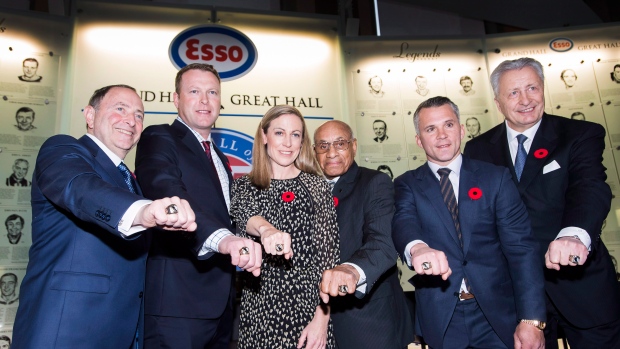 Her role will be to assist in organizing the PWHPA's day to day operations while helping to increase revenue, sponsorships and opportunities for the future of women's hockey.

“I played 17 years on the National team", said Hefford. "Many of the women I played with are still playing. I care deeply about them and this sport which has defined who I am for so long. The things I value are things I learned through this game and pass onto my children. And it’s that next generation I’m thinking about as I say I’ve never been more positive about where the game is headed and the opportunities young girls will have. I think we’ll look back years from now and see this as a pivotal moment for triggering change and I’m excited and honored to be a part of it.”

Hefford served as interim commissioner for the Canadian Women's Hockey League and is the sixth woman to be inducted into the Hockey Hall of Fame. She retired in 2014 as Canada's second leading all-time scorer in international competition, winning four Olympic gold medals and seven women's world championships.

“We truly could not be more thrilled to have Jayna join the PWHPA to help lead us in our mission to create a sustainable professional women’s hockey league with the best players in the world," said the PWHPA Board of Directors. "Jayna’s resume is among the best in the history of women’s hockey and she is among the most accomplished hockey players of all time. To have her experience, leadership, and passion helping drive this movement forward is something we are extremely grateful for.”