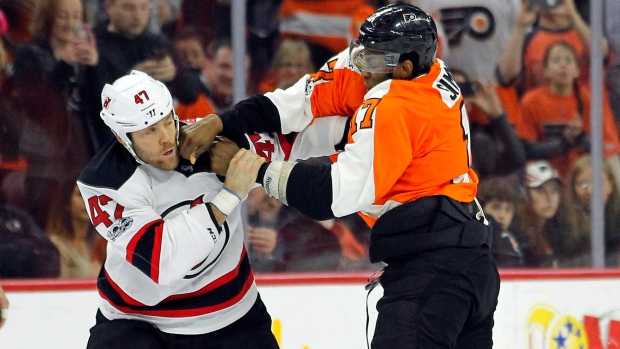 As Gudas was exiting the zone, having just delivered an open ice hit on Flyers forward John Quenneville, Prout leveled him in the neutral zone.

The Devils defenceman was assessed a five minute major for interference and a game misconduct on the play.  He also picked up a fighting major for dropping the gloves with Flyers forward Wayne Simmonds following the hit.

Per #Flyers GM Ron Hextall, Radko Gudas has an upper-body injury and will not return to tonight's game. #NJDvsPHI

Gudas was helped off the ice and left the game with an upper-body injury. He did not play Sunday against the New York Rangers.