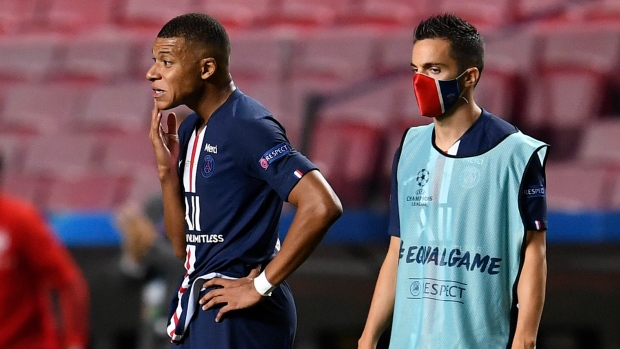 Paris Saint-Germain got the weekend off from the French league on Tuesday to have more recovery time after losing the Champions League final.

PSG had been scheduled to play at Lens on Saturday evening but the French league postponed the game to Sept. 10 at the defending champion's request.

PSG already missed the opening weekend of its domestic season to play Bayern Munich for the European title on Sunday in Lisbon. PSG lost 1-0.

The league said Lens and broadcaster Canal+ agreed with the switch, and brought forward the Strasbourg-Nice game from Sunday to fill the slot.

PSG’s rearranged Sept. 10 game -- a Thursday evening -- will open its league campaign. The match is just two days after star striker Kylian Mbappé could play for France at home to Croatia in a UEFA Nations League qualifying group game.