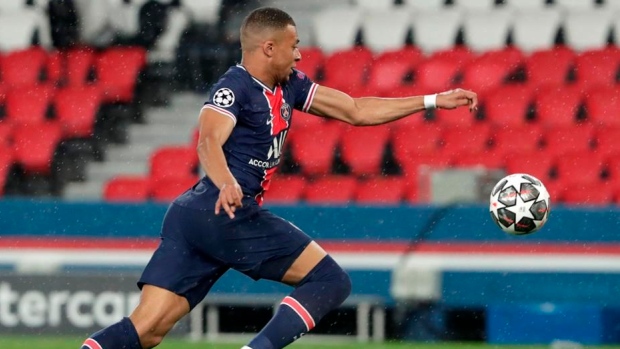 MADRID — Paris Saint-Germain has rejected an offer of about $188 million from Real Madrid for Kylian Mbappé but is open to negotiate the player's transfer, the French club's sporting director said Wednesday.

Leonardo told French broadcaster RMC Sport that the initial Madrid offer is below what PSG expected. He said the club won't hold Mbappé back if his desire is to leave, but any deal will only be made on the club's terms.

It was the first time PSG said Mbappé wants to leave. The club had been saying he was not for sale, but his contract ends this season and it may end up getting nothing for him if it doesn’t sell him now.

Leonardo said PSG already verbally said “no” to the initial Madrid offer of “around” 160 million euros ($188 million), which was being widely reported in Spain and France. He said the offer was “very far from what Kylian represents at the moment.”

“It’s less than what we paid for him," Leonard said. “But it’s the manner of how Real Madrid are going about it that doesn’t please us.”

Madrid has not officially confirmed or denied it made an offer for the 22-year-old France star who joined PSG from Monaco in 2017. It was supposedly Madrid's first offer for Mbappé, a long-time target for the Spanish powerhouse.

Madrid president Florentino Pérez has publicly spoken about the club’s interest in Mbappé in the past, and the player has never denied his desire to one day play with the team.

Rumors about a possible transfer increased after Lionel Messi’s move from Barcelona to PSG, with some at the Catalan club accusing Pérez of working behind the scenes to get Messi to France to open the way for Mbappé’s arrival at Madrid.

Pérez has denied any involvement in Messi's departure from Barcelona. Earlier this year he praised Mbappé and said Madrid fans should “calmly" wait for new developments about his possible transfer to Madrid.