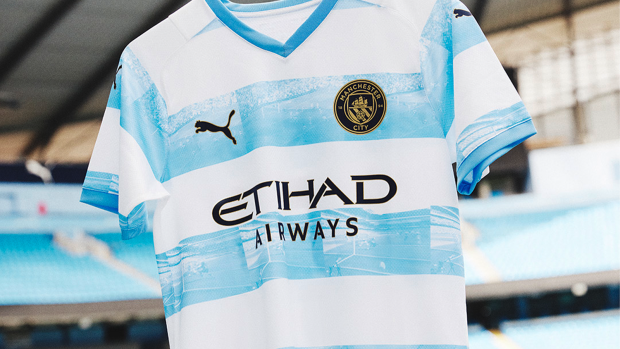 Puma and Manchester City have unveiled a limited-edition 93:20 pre-match jersey and special-edition 93:20 ULTRA football cleats to celebrate the 10-year anniversary of the legendary Sergio Agüero goal. 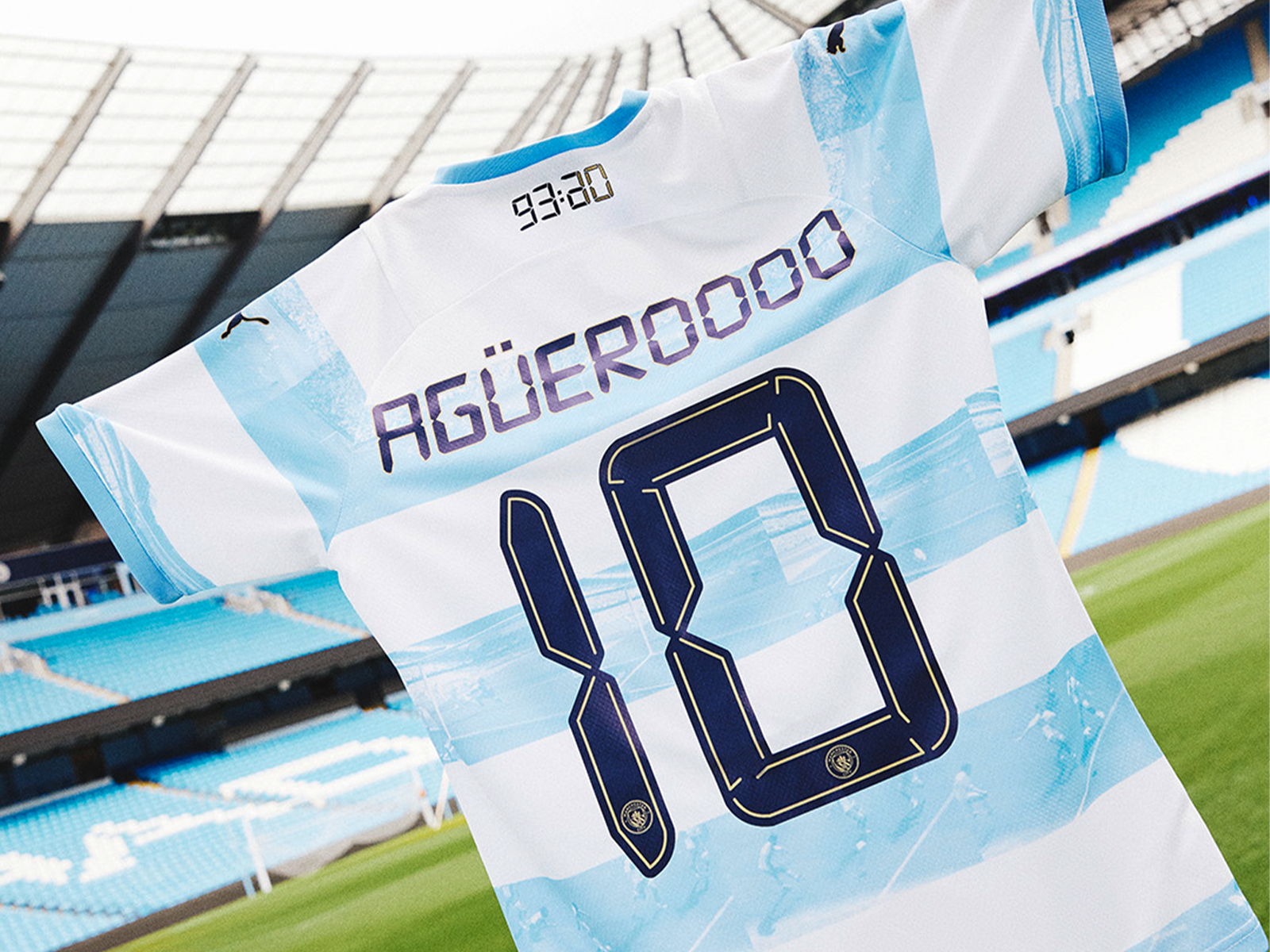 You may not remember where you were or what you were doing on May 13 2012, but if you ask any Manchester City fan, they’ll recall in great detail. To set the scene, Manchester City hosted Queens Park Rangers at the Etihad stadium in the last day of the Premier League. With less than a minute on the clock, City’s Sergio Agüero scored a history-making goal ending a more than four-decade drought to win the Premier League and forever changing the course of the team.
These special jerseys feature many meaningful details including the iconic 93:20 timestamp signifying when the goal was scored, images of Agüero in action playing out across the front and the back of the jersey and of course #10 and Agüero's name (spelled Agüerooo to honor Martin Tyler’s famous call) laid on top of a white and blue base. The cleats feature the same blue colour as well as a light green sole. The Puma logo and 93:20 branding are also prominently featured on the football shoe. 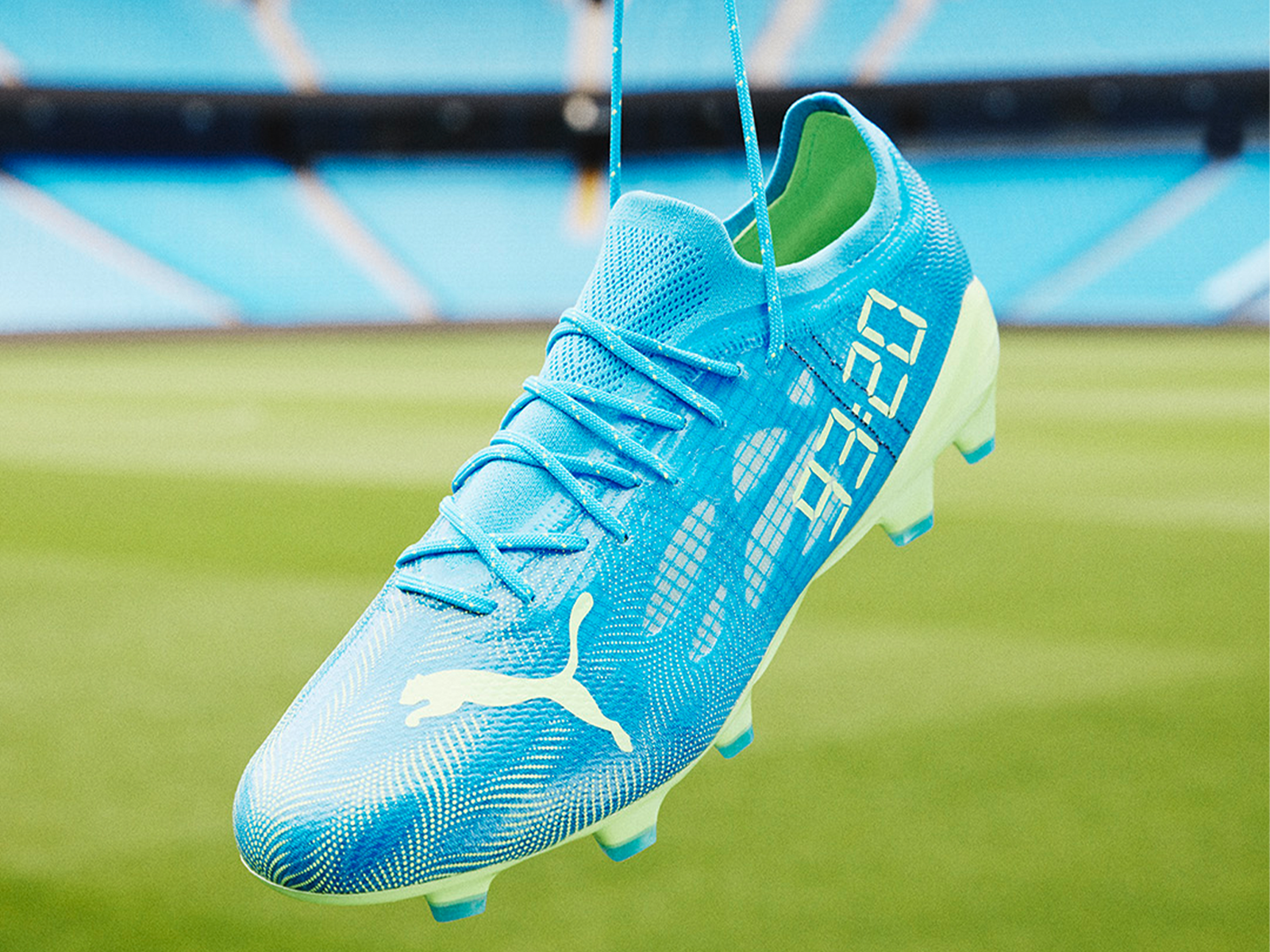 Speaking about the special anniversary release Agüero​ shared, “This is a great honor for me. I shared many incredible years at Manchester City, but the 93:20 goal was special. The atmosphere in the stadium, the comeback, the title, I have never experienced anything like it. I hope I made the Cityzens proud. I have been a PUMA ambassador for over 10 years so for them to create this special jersey and boot is a beautiful gesture that brings back so many emotions from that special day.”
Both the pre-match jerseys and the ULTRA cleats will be available for purchase May 13 2022.​