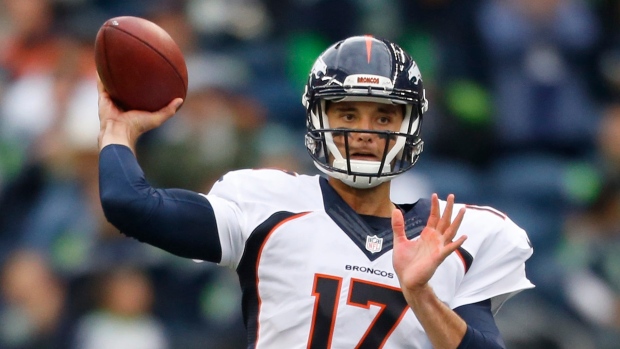 “I’m extremely grateful for the time I did receive playing in the National Football League,’’ Osweiler said told Denver-based TV station 9News on Wednesday. “The experiences I did have, people I did meet, relationships I did make -- I’m not going to dwell on the things that didn’t happen in my career.

“Being a kid from Kalispell, Montana, playing for the Denver Broncos, winning a Super Bowl, having the opportunity to sign a second contract – when you look back on it, I couldn’t be more appreciative. It was great."

Osweiler, 28, spent most his career with the Denver Broncos, who drafted the quarterback in the second round (57th overall) in the 2012 NFL Draft. He spent the majority of his first four seasons in the NFL as the Broncos backup pivot behind Peyton Manning. During Osweiler’s rookie campaign in 2012, the Broncos won the Super Bowl.

Ahead of the 2016 season, Osweiler signed a four-year contract with the Houston Texans in free agency, worth a reported $72 million. Osweiler started 15 games for the Texans that season but was traded to the Cleveland Browns in the off-season. He was cut by the Browns before ever playing a game for them and wound up signing with the Broncos before the start of the 2017 season. Osweiler signed with the Miami Dolphins the following season, and had not played in the NFL since.

Osweiler amassed 7,418 passing yards and 37 touchdowns with 31 interceptions over his seven-year career.