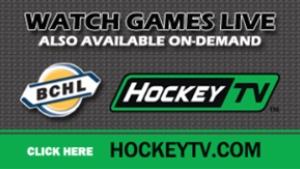 More Tweets from the BCHL

The BCHL has shifted its focus to ‘Modern Hockey’ for the 2019-20 season. The new tagline represents a shift in culture for the league as it moves from old school to new school. Modern Hockey encapsulates the four pillars of the BCHL: Speed/Skill, Player Safety, Education and Community. As always, the league will continue to showcase premium entertainment, high-end skill and maximum player development. The BCHL's reputation is unmatched in Canada when it comes to sending players on to college hockey, which is the fastest growing route to the NHL.