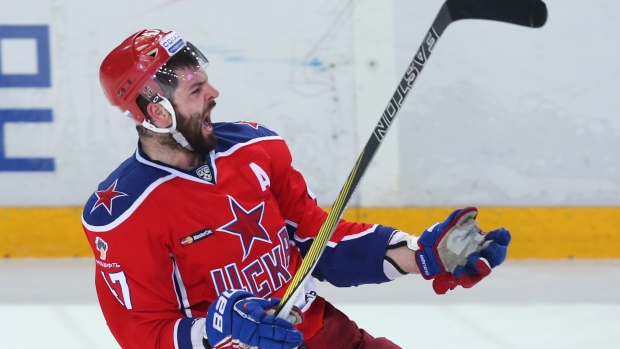 Alexander Radulov is ready to return to the NHL.

The former Nashville Predator, who has spent the past four seasons in the KHL, told reporters on Friday he will make his return to North America next season.

Radulov, a first-round pick of the Predators in 2004, has had two previous stints in the NHL. He spent two seasons with the Predators from 2006-2008 and spent 17 games (including playoffs) with the team during the 2011-12 season.

During his most recent NHL stay, he was suspended for one second-round playoff game by the Predators along-side teammate Andrei Kostitsyn for a violation of team rules.

After the playoffs, Radulov signed a four-year deal with CSKA Moscow of the KHL on a deal which paid him $9.2 million annually.

This season, Radulov scored 23 goals and added 42 assists in 53 regular season games. He added four goals and 16 points in 20 playoff games for CSKA.

When he left the Predators in 2012, he was a restricted free agent. Predators general manager David Poile made it clear at the time the team was not interested in re-signing the forward.

"The best way to characterize it is it's time to not pursue Rad anymore," Poile told the Nashville Tennessean. "If he wants to play in the KHL that's fine, if he wants to play with another NHL team I'd be willing to trade his rights.

"We feel the fit right now is not with Nashville," Poile added.

In the past four KHL seasons, Radulov scored 78 goals and tallied 160 assists.