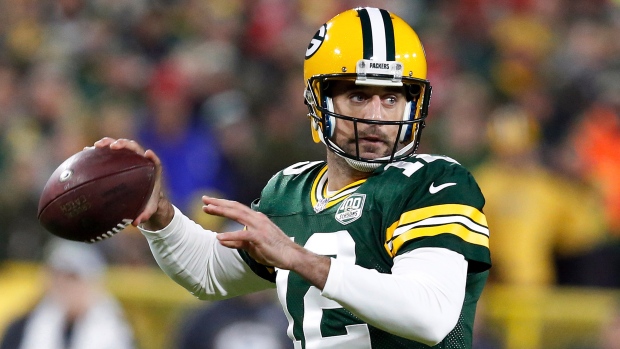 The Raiders' worldwide tour gets started in the preseason when they play a "home" exhibition against Green Bay in Canada.

The Raiders will be the first team to play games in three countries in one season; they also will play a "home" game in the regular season in London against Chicago on Oct. 6.

"We'll treat it like a normal road game," coach Jon Gruden said of the visit to Winnipeg on Thursday night (LIVE on TSN, the TSN App and TSN Direct at 8pm et/6pm ct). "We have to respond to a tough schedule. We are going to fly a lot of hours this year and we are going to play home games in foreign countries. It doesn't sound right, but that's the facts."

Gruden will likely rest most of his regulars for this game, including quarterback Derek Carr and star receiver Antonio Brown. Brown has yet to make his Oakland debut as he has dealt with frostbitten feet and a fight with the NFL over his banned helmet.

Thursday will be the third time the Packers have played a preseason game outside the United States. Green Bay defeated the Bills 35-3 in Toronto on Aug. 16, 1997, and beat Kansas City 27-24 in overtime in Tokyo on Aug. 2, 1998.

Packers quarterback Aaron Rodgers is a game-time decision to make his preseason debut after being scratched from last week's loss to the Ravens due to back tightness. Rodgers took part in practice throughout the week, but head coach Matt LaFleur said he was making no promises on the quarterback's availability.

Davis had more than 700 yards as a kick returner in 2017 but missed most of 2018 with hamstring injuries.

"I kind of always feel like I have something to prove," he said. "Even if I was a fifth- or sixth- or seventh-year (player), I mean, either way it doesn't really matter to me. I approach it the same every day. I come out here to compete and not feel like anything's solidified ever."

The Ravens seek their 16th consecutive preseason victory in a matchup with Eagles, against whom they participated in a pair of joint practice sessions this week.

Coach John Harbaugh intends to start quarterback Lamar Jackson, who took 22 snaps in last week's 26-13 win over Green Bay and engineered two scoring drives in two tries. Harbaugh indicated Jackson and the first-team offence would receive about the same amount of work against the Eagles.

Josh McCown will likely make his debut with the Eagles after ending his brief retirement. The 40-year-old quarterback signed a one-year deal after Philadelphia lost backup Nate Sudfeld and No. 3 QB Cody Kessler in the first two preseason games. Rookie Clayton Thorson should get most of the snaps while Carson Wentz and the rest of the starters continue to watch from the sideline as they wait until Week 1 to play in a game. The Eagles and Ravens scrimmaged for two days, so they'll be quite familiar with each other when they take the field.

Eli Manning has started the Giants' first two games and played one series in each. The Giants failed to get a first down in the opener against the Jets, then put together a touchdown drive against the Lions' second-team defence.

Daniel Jones, the sixth overall draft pick and Manning's heir apparent, played one series against the Jets and completed all five passes with a touchdown. He threw a TD pass in the second game but also fumbled twice, once on a snap in the red zone and another after a sack.

Owner John Mara and coach Pat Shurmur have said Manning is the starter in his final season under contract, but the Giants went 5-11 last season and are rebuilding. How Manning and Jones fare at Paul Brown Stadium will be in the spotlight, but defence is one of New York's biggest weaknesses, and it has given up a score on the first series of each preseason game.

It will be new Bengals coach Zac Taylor's first game at Paul Brown Stadium. He was hired from the Rams after Marvin Lewis was fired following his 16th season without a playoff victory. The offence is Cincinnati's main focus: The line is still a work in progress because of injuries and retirements.

Dolphins coach Brian Flores has yet to announce whether Ryan Fitzpatrick or Josh Rosen will be his starting quarterback to begin the season, and he said the decision may not come down to Thursday's game.

"I wouldn't say that," he said. "I would say there have been a lot of practice reps, game reps, from the spring to training camp to games to our practices last week with Tampa Bay. For it to come down to one game, no, I don't think it's that. As a staff, we've talked about this position — as well as every other position on this team — a lot. We've spent a lot of time on it."

Etling was a seventh-round pick out of LSU in 2018 who tried a move to wide receiver with New England in training camp. He is a full-time quarterback with Atlanta.

Left guard James Carpenter could play after missing the first two preseason games with a hip flexor injury. Meanwhile, rookie tackle Kaleb McGary has returned to individual drills after having a heart procedure, but the first-round draft pick won't play this week. The offensive line remains a concern after giving up five sacks, eight tackles for loss and 14 quarterback pressures in last week's loss to the Jets.

Panthers quarterback Cam Newton will finally see his first action of the preseason. Newton had been expected to play last week, but coach Ron Rivera decided hours before the game to rest his quarterback as well as a handful of other star players.

Newton has not played in a game since Dec. 17. He had arthroscopic shoulder surgery in January.

This will also be the first preseason game for running back Christian McCaffrey, linebacker Luke Kuechly and tight end Greg Olsen.

Veteran QB Tom Brady and the Patriots starters should play at least a handful of series. Most starters on both sides of the ball haven't seen the field in New England's first two games. Brady said this week that he hopes to be out there. History suggests he will be: Dating back to 2009, he has appeared in at least two preseason games.

Thursday is also expected to be a big night for punter Jake Bailey. The Patriots this week cut Ryan Allen, who booted them to three Super Bowl victories in six seasons. Bailey, a fifth-round draft choice in April, has punted twice in the exhibition season, including a 54-yarder against Tennessee.