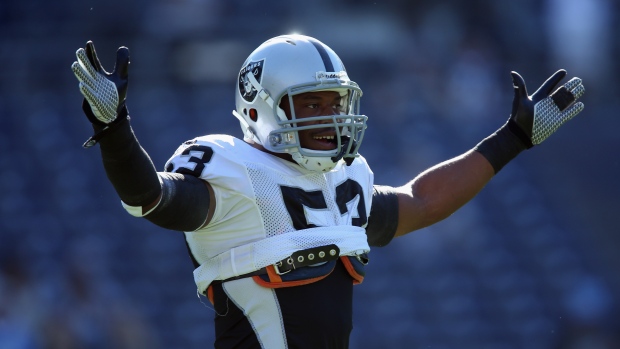 The Raiders made the moves Friday citing failed physicals for both players.

Roach was signed in 2013 to be the starting middle linebacker and played well his first season. But he was sidelined by a concussion in the third preseason game last year and was never able to return to the field.

Young played 18 games in two seasons with the Raiders but he was hampered by injuries. He ended both seasons on injured reserve with a neck injury in 2013 and a knee injury last season.