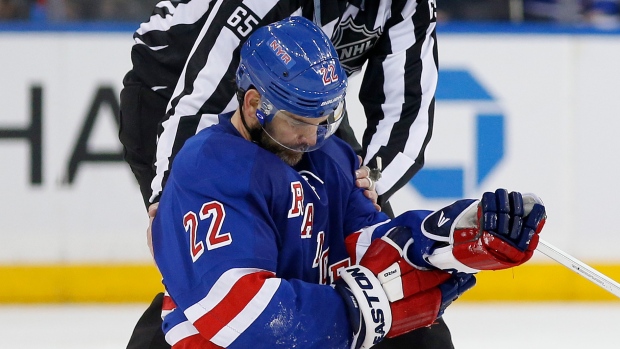 Dan Boyle practiced with the New York Rangers on Friday, indicating he will be ready to play in Game 1 of the Eastern Conference Final against the Tampa Bay Lightning on Saturday.

Boyle left Wednesday’s Game 7 in the third period after taking a big hit from Washington Capitals defenceman Brooks Orpik and did not return for overtime.

The Rangers defenceman was hit by Orpik as he was carrying the puck into the Capitals’ zone. Boyle struggled to his feet and fell to the ice again before being helped off the ice.

Orpik was not assessed a penalty on the play.

Boyle has two goals and four points in 11 postseason games for the Rangers this season.

The Rangers tweeted the update on Friday.

#NYR practice is underway...Tanner Glass is not on the ice, Mats Zuccarello still out..Dan Boyle is practicing