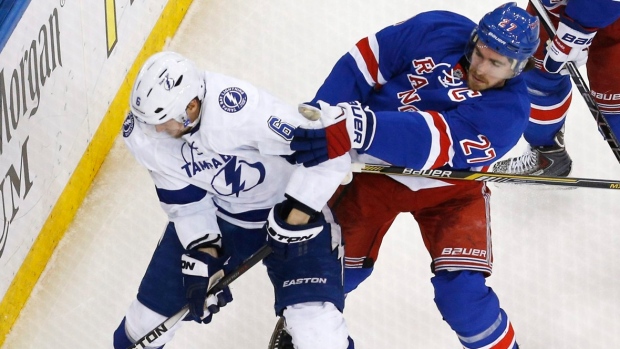 McDonagh did not start Game 7 of the Eastern Conference finals, which the Lightning won 2-0. The defenceman missed the first 12:41 before taking the ice.

Vigneault would not say which foot was broken, when it was broken or how it occurred.

New York suited up seven defencemen, including McDonagh and Matt Hunwick, who had not played since the opening series against Pittsburgh. Hunwick took a regular shift early in the first period, while McDonagh left the bench after being on it for the opening faceoff.

Once McDonagh returned, he played a regular shift the rest of the night.