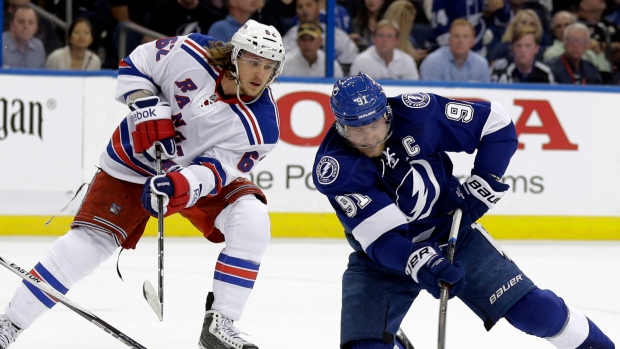 The 26-year-old Hagelin had 17 goals and 35 points for the New York Rangers last season. The left winger has 58 goals and 130 points in 266 games for his career, spent entirely with the Rangers.

The Rangers selected Ryan Gropp with the 41st pick.