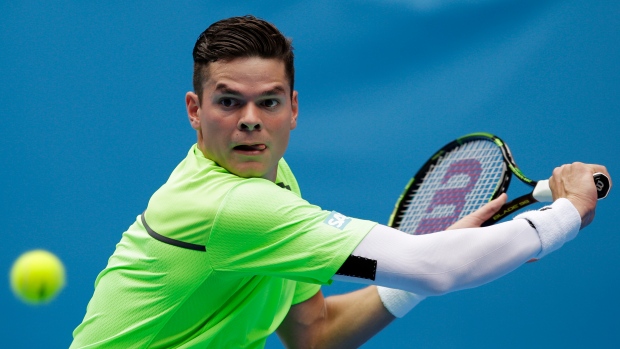 Canada's Milos Raonic faces his toughest test of the Australian Open this evening when he meets top-seeded Novak Djokovic in the quarterfinals at Rod Laver Arena.

Raonic, the eighth seed from Thornhill, Ont., won his first three matches in straight sets before being stretched to five sets in the fourth round by 12th-seeded Feliciano Lopez of Spain.

Djokovic, a four-time champion in Melbourne, has yet to drop a set so far in the tournament.

Raonic and Djokovic have met four times previously, with the world No. 1 winning each time. In their two most recent meetings last year, Djokovic beat Raonic in the French Open quarterfinals, and again in the final of the Masters Series Paris event in November.

The winner of the Djokovic-Raonic match in Melbourne will move on to the semifinals to face the winner of the match between Stan Wawrinka of Switzerland and Kei Nishikori of Japan.

TSN's full lineup of matches tonight from the Australian Open: