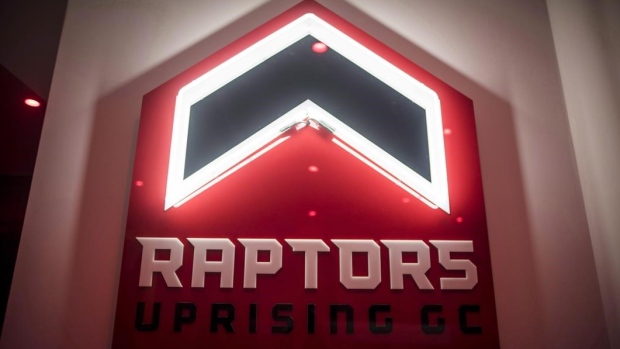 The Raptors, the class of the league this season, did not disappoint as the esports circuit switched to tournament play this week. Toronto, the last team standing in the field of 23, won the best-of-three final over Sacramento by scores of 76-57 and 79-49.

The Raptors hit 10-of-16 shots from three-point range as they ran away in the second half. Rookie Maurice (ReeceMode) Flowers had 17 points and centre Jerry (Sick One) Knapp recorded 14 points, 11 rebounds and eight assists.

Up by five at halftime of Game 2, the Raptors pulled away in the third quarter to lead by 18 with Hailey finishing with 33 points.

Hailey, a 30-year-old from Memphis who was working for AT&T as a distribution co-ordinator until he quit his job to game professionally, was named tournament MVP. He averaged 28 points and 95 assists per game.

Toronto and Sacramento have ties. Raptors lockdown defender Trent (Timelycook) Donald played for the Kings in 2018 while Kings power forward Yusuf (Yusuf_Scarbz) Abdulla is a Toronto native who used to play for the Raptors.

The Tipoff served as the curtain-raiser to the regular season in the first two years but was pushed back this year when the global pandemic delayed the start of play.

Teams return to remote regular-season play after The Tipoff, the first of three tournaments outside of league play.

Toronto, which had had its way earlier in the tournament, had to work hard in semifinals earlier in the evening to get past the expansion Gen.G Tigers of Shanghai, who pushed the Raptors to a rare Game 3 in the best-of-three series.

The Kings edged Jazz Gaming 2-1 in the other semifinal.

The Raptors downed Gen.G 70-66 in Game 1 of their semifinal but lost Game 2 by a score of 70-67 in a contest dogged by late connectivity issues, complicating matters for online spectators. Toronto rallied to win the rubber match 72-65.

It marked a first-ever meeting between the Raptors and expansion Gen.G, a Shanghai squad that plays out of Los Angeles.

The semifinal was also a matchup of the only unbeaten teams at the tournament. The Raptors and Gen.G both went 4-0 in the same opening round group — although they did not play each other — and swept their quarter-final opponents.

Gen.G rookie point guard Dhwan (ShiftyKaii) White, the sixth overall pick in the 2020 draft, was a force for the Tigers with 30, 18 and 34 points in the three games.

The Raptors won their first six games in the remote-play tournament by an average of 28.7 points. Hailey averaged 36.3 points and 9.8 assists, while Knapp recorded six straight double-doubles.

The first two editions of the tournament were won by 76ers GC, which failed to advance out of group play Wednesday with a 2-2 record.

The Raptors failed to advance out of the group stage of the 2018 tournament and reached the quarter-finals last year, ousted by Magic Gaming.

This report by The Canadian Press was first published June 19, 2020.