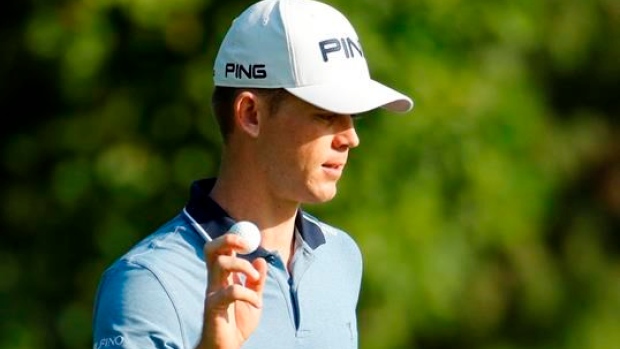 BEL-OMBRE, Mauritius — Rookie Rasmus Hojgaard was among five players tied for the lead after the first round of the Mauritius Open on Thursday.

The 18-year-old Dane hit a 6-under 66, including an eagle on the par-5 seventh, for a share of the lead alongside South African Brandon Stone, Grant Forrest of Scotland and French players Benjamin Hebert and Romain Langasque.

Of the five leaders, only Stone has won a European Tour event before.

Nine more players are a shot off the lead, including American Sihwan Kim, who recovered well from a double bogey on the 11th.

The tournament is co-sanctioned by the European Tour, Sunshine Tour and Asian Tour.