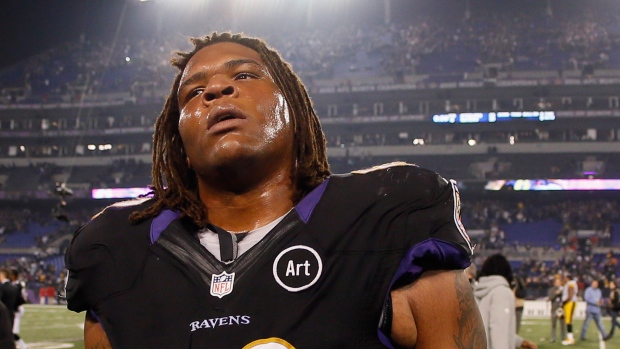 BALTIMORE - Baltimore Ravens defensive tackle Terrence Cody was indicted Monday on animal cruelty charges, some of which stem from the death of his dog and possession of an alligator, according to prosecutors and online court records.

His agent called the charges ludicrous and said Cody is an animal lover.

Baltimore County Deputy State's Attorney John P. Cox said some of the charges stem from the death of a presa Canario mastiff, which died at a veterinarian's office on Jan. 19. It's not clear how the dog died.

Alligators are banned from being imported into Maryland, he said. Cox did not know the size of the alligator or where it is now.

Peter Schaffer, Cody's agent, said Monday that Cody loved the dog, which he had owned for four years. After the dog's death, Cody "didn't go out for a week, he was so broken up," Schaffer said. "Terrence is a dog lover, an animal lover."

Schaffer said Cody still has two dogs at his home.

"If (police) were so worried that he mistreated the dog that died, why did they leave two others in his house," Schaffer said.

The felony counts carry a maximum sentence of 3 years in prison and a $5,000 fine, Cox said.

Baltimore County Police said on the department's Twitter feed that Cody had been released on $10,000 bail.

The Ravens announced Monday on Twitter that the team terminated Cody's contract.

Cody was selected out of Alabama by the Ravens in the second round of the 2010 draft. Although he started all 16 games in 2011, the 6-foot-4, 340-pound Cody never quite lived up to expectations.

Cody missed the first 12 games of the 2014 season following hip surgery. He was activated on Nov. 4 but played in only one game this season.