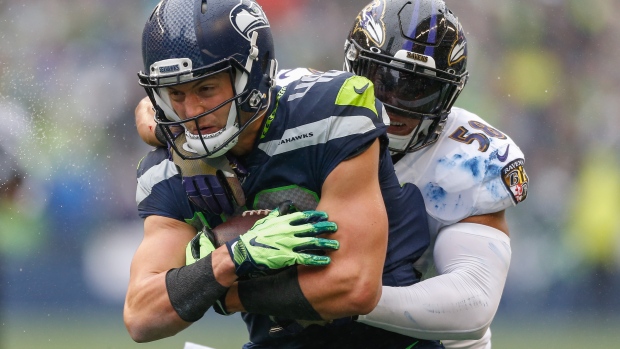 OWINGS MILLS, Md. — The Baltimore Ravens have signed inside linebacker L.J. Fort to a two-year extension through 2021.

Fort was signed to Baltimore's 53-man roster in late September after being released by the Eagles. He played the previous four seasons with Pittsburgh.

The 29-year-old Fort was used exclusively on special team with Philadelphia but has become a key contributor on the Baltimore defence. Over four games with the Ravens, he has 14 tackles and a sack.

Fort played 56 snaps in a 30-16 win at Seattle on Oct. 20 and had three tackles in last Sunday's victory over previously unbeaten New England.

Fort broke into the NFL with Cleveland in 2012. He has 71 tackles and four sacks over 69 games, including six starts.