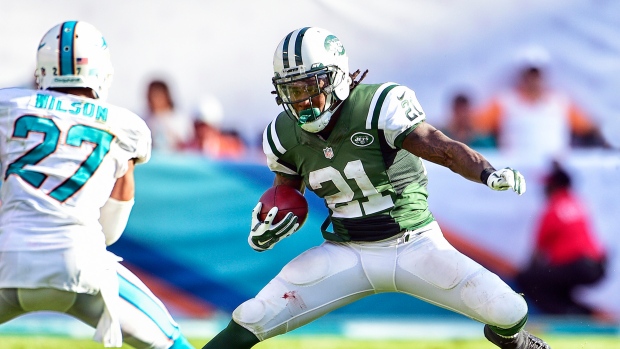 Chris Johnson is back in the NFL.

Johnson signed a one-year deal with the Cardinals on Monday, one day after passing a physical with the team.

Johnson was shot in the shoulder during a drive-by shooting early in the offseason but appears to have regained his full health. He will 30 in September.

With the Cardinals, Johnson will compete with Andre Ellington for the starting role. Kerwynn William, Stepfan Taylor, Marion Grice and third-round pick David Johnson currently round out the depth chart.

David Johnson has been out with a hamstring injury since the second day of training camp but was to practice on a limited basis Monday.

Ellington, slowed by an injured foot last season, had a 57-yard catch from Carson Palmer early in the Cardinals' 34-19 loss to Kansas City in their preseason opener on Saturday night.