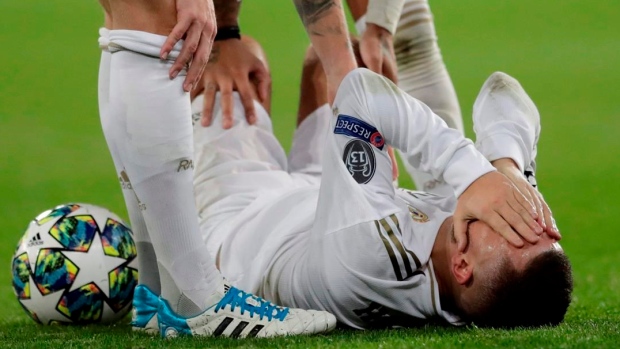 Zidane said on Tuesday he also doesn't know exactly how long Hazard will be sidelined after breaking his lower right leg again during the weekend defeat at Levante in the Spanish league.

“All I can say is that he is not happy and we are all sad because he wanted to come back and will not be able to do it,” Zidane said. “It's a complicated moment for him. He likes to play football but he can't do it right now. I see it in his eyes that he is not happy.”

Hazard was just returning to action after missing nearly three months because of his previous injury.

“I don't know what is going to happen,” Zidane said a day before Madrid's first-leg match against Manchester City in the Champions League. “I don't know if he will have surgery, if he will miss the rest of the season."