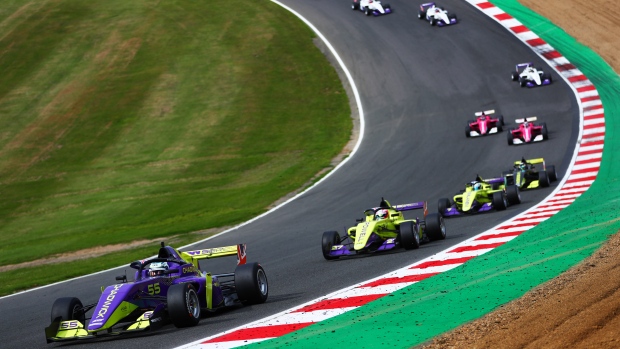 W Series drivers Ayla Agren and Beitske Visser have been transferred to hospital after a crash during the qualifying session at Spa-Francorchamps.

All drivers involved in the incident are undergoing medical assessment and two of the drivers – Ayla Agren and Beitske Visser – have been transferred to hospital for further checks.

Visser took to Twitter later on Friday, sharing that she was "very sore" but had no fractures.

"Thank you for all your messages. That was a very scary one but I think I had an angel on my shoulder," she wrote.

Thank you all for your messages❤️ that was a very scary one but I think I had an angel on my shoulder, I’m very sore but luckily I have no fractures🙏 pic.twitter.com/j2AyJzav80

Sarah Moore and Abbie Eaton spoke with W Series after the crash, saying they were both a little bit sore but were glad all of the drivers were okay.

Moore said, "It just goes to show, watching the incident back, how vital it is to have (the halo) on the cars and how much of a difference it does make."

Eaton already had to her mind set for Saturday's action, as she said she's hopeful her team will "have her car ready for tomorrow."

After a dramatic incident involving six drivers during today's #WSeriesSpa qualifying session, the whole W Series family was shocked to the core.

We spoke to two of the drivers involved, Sarah Moore and Abbie Eaton to hear more about the accident. #WSeries pic.twitter.com/SDeKR1LX6i

Qualifying was immediately put under a red flag as all drivers involved in the incident were undergoing medical assessment.