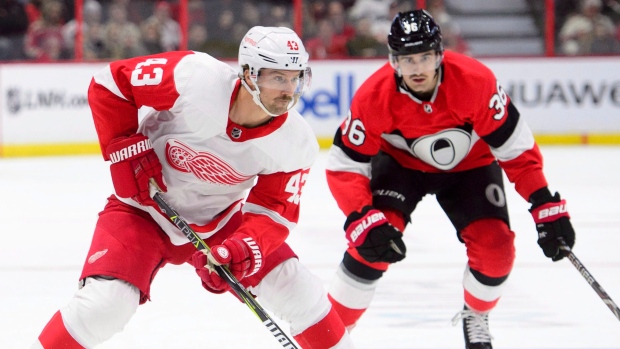 Detroit Red Wings forward Darren Helm will be out six to eight weeks with an upper-body injury, per Wings general manager Ken Holland.

Helm was injured in the first period of Saturday's matchup with the New Jersey Devils after taking a hit from Travis Zajac. He left the game and did not return. The Wings went on to win 3-2 in overtime.

Head coach Jeff Blashill said after the game that he expected Helm to be out for an extended period of time.

The Red Wings will be back in action when they host the Boston Bruins Wednesday night.