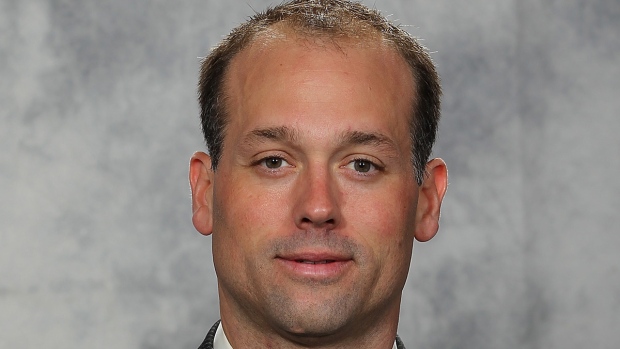 DETROIT - Jeff Blashill was hired Tuesday by the Detroit Red Wings, ending a fairly un-suspenseful coaching search that began when Mike Babcock left to take over the Toronto Maple Leafs.

Blashill has coached Detroit's minor league affiliate in Grand Rapids for the past three seasons, and he was an obvious candidate for the Red Wings once Babcock left. Detroit general manager Ken Holland acknowledged right away that he was going to talk to Blashill about the job, but the Griffins made it to the conference finals in the AHL playoffs. Blashill's promotion was announced Tuesday.

Blashill led Grand Rapids to the Calder Cup in 2013. He says he'd been eyeing the Red Wings' job since it became clear Babcock's future was uncertain.

A Detroit native, Blashill coached at Western Michigan before joining the Red Wings' organization. Blashill was an assistant coach for the Red Wings in 2011-12 before taking over at Grand Rapids.

Blashill's success in the minors and his familiarity with many players in Detroit's system made him a clear candidate to replace Babcock. But he'll be under plenty of pressure now. The Red Wings won a Stanley Cup under Babcock in 2008, and they've been in the playoffs for 24 consecutive seasons.

Lately, Detroit has undergone a bit of a makeover, with younger players like Gustav Nyquist, Tomas Tatar and Petr Mrazek playing bigger roles as stars Henrik Zetterberg and Pavel Datsyuk show more signs of age. The Red Wings have advanced past the first round of the playoffs only once in the last four seasons. They lost to Tampa Bay in seven games in the opening round this year.